Conor Laverty will not be the next Down manager, RTÉ Sport can confirm.

When contacted about his reported links to the position by RTÉ Sport, the Kilcoo man confirmed that his focus was instead on his club's Ulster quarter-final with the Cavan champions next month.

"We have a very important couple of weeks' training ahead and are really looking forward to the challenge."

The 36-year-old had been heavily linked to the Mourne county job this week along with Jim McGuinness and Martin Clarke, but he will instead remain on with their U20s. McGuinness distanced himself from a coaching role with Down earlier in the week in an interview with the Irish Times while Clarke will also not be involved in any new management team.

"I am delighted that I have been ratified to continue as Down U20 manager recently and having Marty, Declan (Morgan) and Sean (Boylan) back is great," Laverty added.

"We really enjoyed working with this age group, we had a good season there winning the Ulster title and we want to try and build on the good foundations put in place last year."

It had been speculated earlier this week that Laverty, with Clarke and McGuinness in his coaching team, was set to be ratified as Paddy Tally's successor, but the Mourne county are still hunting a successor. Longford are the only other football county still without a manager for the 2022 season.

Kilcoo won their ninth county title in ten years – and Laverty’s 10th on the field of play – with a 1-12 to 0-13 win over Burren last weekend. They play the winners of Gowna and Ramor United on 4 December, with the Breffni sides set to meet in a replayed county final on Sunday. 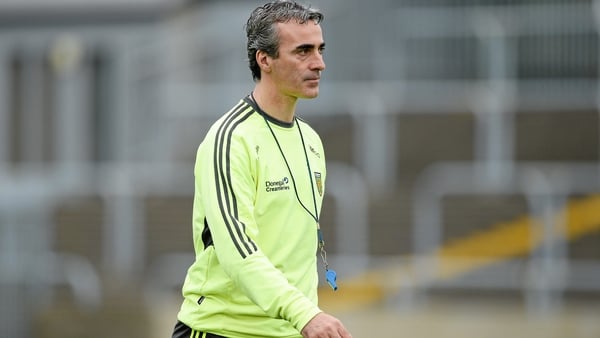