The media assembled at Austin Stack Park in Tralee to hear Jack speak.

Four days have passed since the Dromid native was ratified for his third stint in charge of the Kingdom at a county board meeting.

At that gathering, chairman Tim Murphy rejected claims that the outcome of the recruitment process for the role of senior football manager had already been decided before the interview process took place.

O'Connor, while still at the helm in Kildare, spoke about the "allure" of the Kerry job on an Irish Examiner Podcast; this only a few days after Peter Keane's term in charge came to an end following the defeat to Tyrone.

Kildare would soon be looking for a new manager.

Kerry went back to what worked for them in the past. Jack was back in charge. Still there was a whiff that the Kingdom didn't go about their business in the right way.

The obvious first question to Jack O'Connor then was about the process that led to his return.

"It hadn't a whole lot to do with me and it was out of my control," was the response given to RTÉ Southern Editor Paschal Sheehy.

"The chairman addressed those matters with the delegates at the meeting last Monday night. He covered it comprehensively and as far as I'm concerned I just want to move on and begin the real work. There is a big job to be done and I'm looking forward to getting ahead with that.

"I'm busy at the moment trying to organise a backroom team and a few other things, so that's my focus. I'm looking forward to meeting the players, talking to them and getting feedback from them on how we go forward."

To the wider media scrum, O'Connor added: "There was a five-man committee that deemed me the best candidate".

Also in situ at the Tralee venue was the county chairman Murphy, and when asked by RTÉ about the allegation that the appointment wasn't done properly, he said: "We dealt with that through the proper forum which was the county board meeting. There were quite a number of questions that were raised by delegates from a number of different clubs. I'd be happy to say that we answered those in a whole and fulsome manner.

"I'd say from the outset of this process I'd stand over it. We had a five-man sub committee to advance the manager appointment. They are people of the highest standard and of the highest integrity and I can stand fully behind everything we did from start to finish."

Back for a third time in charge of Kerry and Jack O'Connor is well aware of the "challenge" that lies ahead, while county chairman Tim Murphy stands over the integrity of the process that led to O'Connor's return @Kerry_Official #rtegaa @PaschalSheehy pic.twitter.com/2HpLQeYK25

And so back to Jack. Why did he leave Kildare?

"Look, I enjoyed my time in Kildare and had a great two years up there. I was glad of the opportunity to get back into inter-county management with them and I want to thank them for that. The players, the backroom team and the county board were fantastic to work with even though the nine-hour round journey to Newbridge was tough going. My two sons were up there which gave me an incentive to go up.

"I left because my management team had basically broken up. Coach (Emmet McDonnell), selector (Brian Murphy), and the S&C guy (Ross Dunphy) were unavailable for the coming season. When I weighed it all up I didn't have the energy to continue in Kildare.

"The people that mattered to me - the county board and the players - knew that I was struggling to commit for another season."

"I'm well aware of the expectations, I've been there before. There's always pressure in Kerry. I'm prepared to live with that"

Diarmuid Murphy and Micheal Quirke, from the outset, were confirmed as part of the new-look management team. O'Connor has now added former Down manager Paddy Tally and Arthur Fitzgerald to the ticket, with the promise of more additions to come.

"Paddy will come in as a coach, he's a clever operator, Arthur Fitzgerald will also join the backroom team, assisting S&C coach Jason McGahan. More names will be added, that's the way it is with management teams these days."

It's no surprise that O'Connor is excited by the challenge that lies ahead, and the high expectation that he and his team will have to deliver Sam Maguire.

"I'm well aware of the expectations, I've been there before. There's always pressure in Kerry. I'm prepared to live with that.

"There are no certainties in life, no guarantees that Kerry will win an All-Ireland but if you don't take chances in life you'll never get anywhere.

"I'm retired from the teaching post; I've good bit of time on my hands, good bit of energy and the interest. I see it as a big challenge working with lads I had as minors in 2014 and 2015 and seeing can we get that ultimate success at senior level."

Kerry have long seen themselves as footballing purists, though Jack O'Connor did add a certain toughness to the sides he managed during the 2000s. When asked whether it will be a case of mixing it again, the 61-year-old added that "it's not as simple as that".

He then quoted a former player and selector Johnny Culloty.

"Kerry will always have a certain style of playing. Johnny said when he was involved with me in 2004: 'Jack, not only have you to win in Kerry, but you have to win in style'". 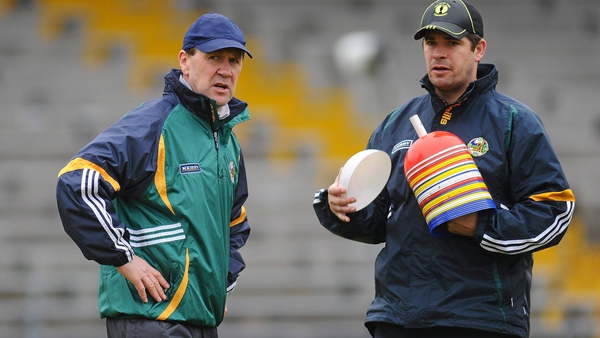