Tyrone joint-manager Brian Dooher has said that Feargal Logan still had a massive input into their Ulster final win over Monaghan despite being unable to attend Croke Park due to a Covid issue.

Logan and a number of players missed the 0-16 to 0-15 win over the Farney County as they were in isolation, but Dooher said that he still was involved in all the key decisions.

"He definitely had," was Dooher's response when asked had Logan any input on proceedings.

"With communication the way it is nowadays there are no barriers so he definitely had a big input before and during the game."

Dooher said that while it was disappointing to lift the Anglo Celt Cup without some key personnel present, safety measures had to take precedence.

"We tried to do everything we could to mitigate any risks, but eventually it did catch up with some people and they had to take the appropriate medical advice and do what they had to do and be responsible.

"Hopefully we’re turning the corner on that now and we’ll be back on track on Tuesday night and we’ll look forward to the next game."

That next game is an All-Ireland semi-final with Kerry in two weeks’ time, a contest that will spark memories of the Kingdom’s six-goal National League burst against Tyrone last month.

The former Red Hand captain said that if they repeat their second-half performance from the Monaghan match against Kerry then they could be in line for another trimming.

"To be honest about it, we know if we come in with that second-half performance it won’t be a different concept, it’ll be the same.

"We have to go and get our house back in order again and take whatever learning we need from today and fix up a few things. We have two weeks to do that."

Those final 35 minutes were tough viewing for Dooher as a six-point interval lead was reeled in within 14 minutes of the restart.

Tyrone hit the next three scores though and, although Monaghan responded with two of their own, Tyrone held on to mark Dooher and Logan’s first season in charge with a provincial trophy.

"It’s nice to get it. We set out taking it a game at a time and we’re here now. Once you get to an Ulster final you want to win it.

"I think in the second half we did everything but lose it but thankfully we just did do enough." 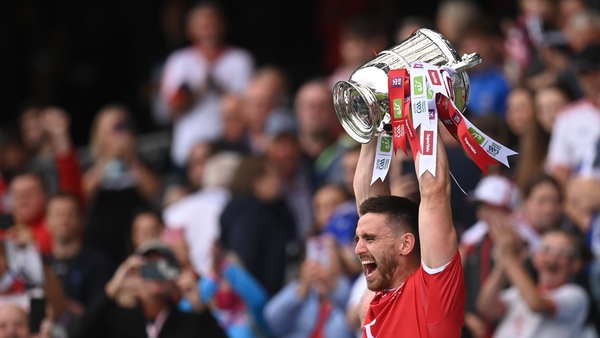