TV
Clare versus Wexford is live on Sky Sports Arena, while Laois against Waterford is available on GAAGo.ie.

Weather
Warm, dry and sunny in the early afternoon - highs locally of 27 degrees.

The hurling summer will come to an end for another two counties on Saturday, as it did for Antrim last week.

First up is a clash with plenty of subplots as Clare and Wexford meet in the championship for the second year in a row. Just in case you're new to the sport, the respective managers were team-mates together on the greatest Clare team of all time - but alas now they are major rivals.

The reason? A famous Fitzgibbon Cup clash when Davy Fitzgerald's LIT shocked Brian Lohan's UL back in 2014. The story goes that Lohan wasn't happy with the way Fitzgerald behaved on the day and it caused a falling out that has never been resolved.

It certainly wasn't helped when two Clare players were named as close contacts of two Wexford players following an Allianz League clash earlier in the year. What all of that might mean to either squad of players is hard to say, but it's there in the background.

In the foreground should be Wexford's recent abysmal record against Munster counties in the championship. Fitzgerald's predecessor Liam Dunne ended the summers of Cork, Waterford and Clare during his reign on Slaneyside. 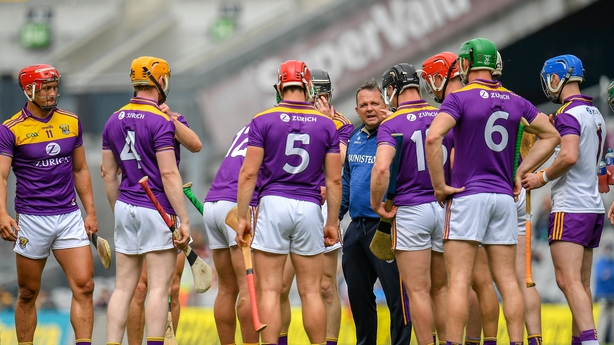 Since Fitzgerald's arrival ahead of the 2017 season, the Yellowbellies have been rightly praised for their improved performances in Leinster - a first provincial title in 15 years, two wins over the old enemy Kilkenny, and righting the wrongs of their rivalry with Dublin.

But clashes with sides from the southern province have been a different story. Their championship record since 2017 against Munster counties reads: played 4; won 0; lost 4, with a scoring difference of minus 19.

They gave a massive effort against Kilkenny in the Leinster semi-final, and maybe in a pre-hawkeye world Conor McDonald's late goal would have stood and we'd be previewing the Cats in the qualifiers this weekend.

But, in his fifth season in charge, Fitzgerald has a job on his hands to get the players back up to that level again and to get them to believe they can actually beat someone from Munster.

Clare's off-field problems have been well documented, but many would argue they haven't driven on and reached their on-field potential since 2013's All-Ireland triumph. 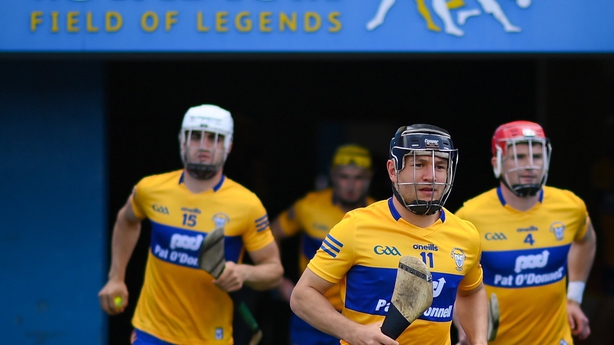 2014 and 2015 were disappointing summers, while things gradually began to improve up to 2018, and their epic couple of games against Galway in the All-Ireland semi-final.

But ultimately the last two seasons have failed to ignite for the Banner.

Writing in his column for RTÉ Sport this week though All-Ireland winner Shane Dowling suggested that Clare are not far off the top table. "They were so good against Waterford," he wrote of the Banner, "and [they] were giving Tipperary as much as they got before the penalty."

Expect a feisty affair at Thurles.

Déise given opportunity to bounce back

The other qualifier game will pit Waterford against Laois.

The Déise came from nowhere last season to reach the All-Ireland final but they've been plagued by injury worries of late.

Speaking after their defeat to Clare in Munster, John Mullane told RTÉ's Sunday Sport that the missing players had damaged Waterford.

"I'm not making excuses but Conor Prunty - rock solid at number three - Tadhg de Búrca, who was a revelation last year at centre-back... we missed Jamie Barron's energy at midfield as well as Pauric Mahony. And then Stephen O'Keefe retiring from goals."

As Brendan Cummins suggested in this week's RTÉ GAA podcast, this might not be the game to bring back Prunty and Barron for Waterford manager Liam Cahill. There are bigger battles ahead for the Suirsiders if they can get over this hurdle, with Galway and Cork amongst the potential opponents.

Perhaps Laois have achieved what they wanted to by confirming their place in next year's Leinster Championship already. They did that with a victory over Antrim last week, but they'll be playing into August regardless of what happens over the next two weeks with a league relegation play-off against Westmeath to come.

That said, it would be foolish to take the O'Moore men lightly. Two summers ago they knocked Dublin out of the championship, while last winter they pushed Clare to a point at Nowlan Park.

The victory over the Saffrons was their first of the year and they'll be happy to come in as the underdogs, a tag that has suited them in the qualifiers over the last few years.

The winners of the two qualifiers will be in the bowl for the round 2 qualifier on RTÉ's Morning Ireland on Monday.