Antrim come into the weekend on three points, just like Limerick. A trip to play against the "west Belfast ultras" looks like the worst ending for Cheddar Plunkett and Laois' league experience.

Wexford welcome Dublin, and the Dubs could finish second or second last in Group B depending on how it goes in this one. Either way both sides are treading water, but I fancy Wexford to shade it with home advantage.

Clare take on Kilkenny at Cusack Park, with the Cats already assured of the title of joint league champions unless they play the 1A winners at some stage in the summer. Clare always fancy themselves against Kilkenny - especially in Ennis. Another home win on the cards here. 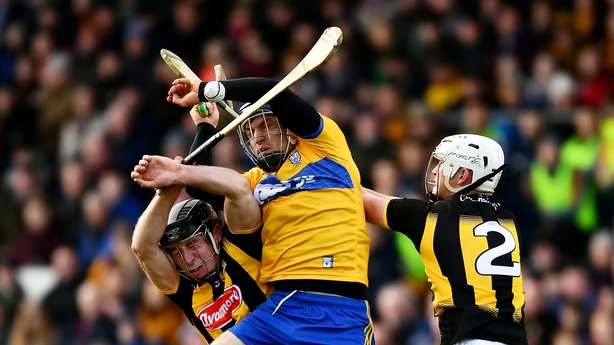 Sunday sees Cork host Galway and, after the phoney war their youth team had with Limerick last weekend, this will be an interesting test. Galway look like Limerick-lite, and they will offer another stern examination of the possibilities of Cork's game plan. Hopefully the prospect of a first NHL title since 1998 will see Cork really go for this one, and I think they'll win.

Tipperary travel to Waterford with two wins and two draws under their belt, but losing Bonner Maher might have the most impact on their summer. Waterford will have a similar sense of missing a man without Tadhg de Búrca. If Tipp win they could top the group, depending on Galway's result. I expect nothing between the teams in this one.

Finally Westmeath lock horns with champions Limerick. The Midlanders, with a scoring difference of minus 89, will face a side who have just gotten their mojo back. It'll be a different Limerick to last weekend but unfortunately for Westmeath not a different result.

There's been much hot air about the state of the game during the league. Regarding championship form coming out of it, it'll be a case of rounding up most of the usual suspects.

Unless Cork or Kilkenny can make a bolt from the chasing pack then it's hard to look past Limerick, Galway or Tipperary.