Tipperary will be without Patrick 'Bonner' Maher for the rest of the season after the forward sustained a serious Achilles injury in training this week.

The two-time All-Star will undergo surgery next week and need "months rather than weeks" according to Premier boss Liam Sheedy, which will rule him out of the Championship campaign that ends in August.

Maher (31) missed the final games of Tipperary's All-Ireland win in 2019 after damaging his cruciate ligament in the Munster round-robin.

"Losing one of our best warriors, who has soldiered with me for so many years, was a tough pill to swallow," Sheedy told TG4 after watching his team beat Galway.

"It's really tough for him. This is his second year out of three where he's watching from the sidelines but my thoughts are with him.

"Bonner Maher is a pure leader and an inspirational person to be around." 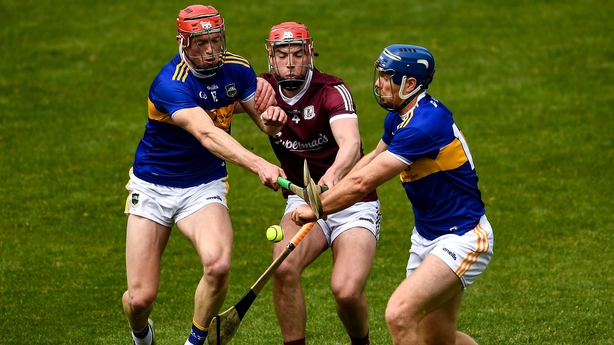 Sheedy saw his team win their first game of the season against the Tribesmen, who fought back from seven points down before half-time to briefly lead in the second half.

However, Tipp hit the last four points after Jarlath Mannion's late red card to record a 2-19 to 0-20 victory in Semple Stadium.

"It's nice to get a win," Sheedy told RTÉ Sport. "Our next two games are away so it's probably our last competitive game in Thurles for the year.

"But I thought the work-rate and spirit of the lads was very strong, particularly in the second half.

"We remain a work in progress and we just snuck over the line in the finish, which was great.

"I think we got five points from the bench so that's a really good return. We feel we have a strong panel."