Live match-tracker and live scores on RTÉ.ie and the RTÉ News Now App from 5.15pm on Saturday and 1.45pm on Sunday.

Limerick v Waterford on Eir Sport on Saturday, while on Sunday Galway v Tipperary is on TG4, with deferred coverage of Westmeath v Carlow on TG4. GAA GO also has all live and deferred games.

Live commentary on Limerick v Waterford on RTÉ Radio 1's Saturday Sport with Pauric Lodge and Shane McGrath, while Sunday Sport will have updates from around the grounds on Sunday afternoon.

Saturday: a mild, windy and mostly cloudy day. Eastern areas will see a good deal of dry weather through to early afternoon, with some limited bright or sunny breaks occurring, and just the odd patch of light rain or drizzle. Further west, patchy rain and drizzle will turn to persistent, and occasionally heavy, rain in the afternoon. The rain in western areas will spread to all areas in the late afternoon and evening. Highs of 10 to 12 degrees in moderate to fresh and gusty south to southwest winds, strong to near gale on coasts.

Sunday: Sunny spells and scattered blustery showers for Sunday. Some of the showers will be heavy with hail, and a risk of isolated thunderstorms. Top temperatures 7 to 10 degrees in moderate to fresh and gusty west to southwest winds, strong on Atlantic coasts.

As @LimerickCLG welcome @WaterfordGAA this weekend in their previously postponed #AllianzLeagues clash. GAANOW Rewind has a look back at this Andrew O'Shaughnessy goal when the two sides met in 2004. The Treaty County supporters will be hoping for goals like this on Saturday! pic.twitter.com/Dj3bQHwAa3

After Storm Dennis threw a spanner in the GAA's calendar, this weekend will see the final games played across the remaining groups, with the knockout stages still to come in Division 1.

Limerick welcome Waterford to the Gaelic Grounds on Saturday evening knowing they just need to avoid defeat to top the group.

And recent form would suggest that they'll do just that, having beaten the Déise out the gate in their last three meetings. An 8 point victory in last year's league final was bookended by 13 and 20 point turnovers in the Munster Championships of 2018 and 2019 respectively.

But Liam Cahill has the men from the south-east finding a bit of form again, and only for two first-half sending-offs last week, they might be coming into this game with the same 100% record as their hosts.

Manager Liam Cahill told RTÉ Sport last week that he's happy with where things are at in his first year in charge.

"I'm getting a great response from players," he said, "and everybody associated with the set-up down there, from the top brass to the players.

"There's no silverware won in the month of March, but the way they're applying themselves and the respect they're showing both myself and my management team is really positive.

"What more can you ask of players, only that."

Galway versus Tipperary was a rivalry that provided us with some classic games in the latter years of the last decade.

Two goals in the last ten minutes saw the Premier County emerge one point winners in the 2016 All-Ireland semi-final, before the Tribe got their revenge with an iconic Joe Canning point seeing them emerge winners in the following year's last-four clash.

For Tipperary 2020 is all about doing back-to-back All-Irelands for the first time since the great team of the 1960s, so Liam Sheedy might be indifferent to a run into the latter stages of the league.

It's a bit different for Shane O'Neill in his first spring-time campaign since taking over from Micheál Donoghue. The westerners failed to get out of the Leinster Championship last year, having lost the 2018 All-Ireland final.

For them, halting the downward trajectory since their All-Ireland win three years ago is the aim, and a run into the quarter-finals, and a date with a provincial rival in the form of Wexford or Kilkenny, might be worth that bit more to them.

Promotion up for grabs in the lower divisions

Survival in the top flight is what is on the cards at Mullingar on Sunday.

Both Westmeath and Carlow come into the relegation play-off without a win in their previous five league games this spring, with respective score differentials of mins 59 and minus 70 respectively.

With the Leinster championship to be a six-team competition from 2021, these teams will desperately want to retain their Division 1 status, and the edge that playing top-flight teams gives them, heading into next year.

In terms of who might replace them, a victory for Offaly against Antrim on Sunday could see them sneak into the promotion play-off on scoring difference, with Kerry set to miss out.

The Saffron have as good as booked their place in that game, with a plus 36 scoring difference over the men from the Kingdom. As such, there might be questions over what sort on intensity they will bring to Tullamore with another, far more important game to come next weekend.

The Faithful county must win, with any other result seeing them spend at least another year in 2A.

In Division 2B, Derry just need a draw against Kildare in their re-arranged game to book a place in the final against Down, while the relegation play-off between London and Warwickshire will take place at Ruislip on Sunday.

In 3A, Armagh play Donegal in the final, while the 3B decider will be between Sligo and one of Leitrim or Fermanagh.

The Connacht side will just need to avoid defeat when they travel to take on their neighbours at Brewster Park on Sunday. 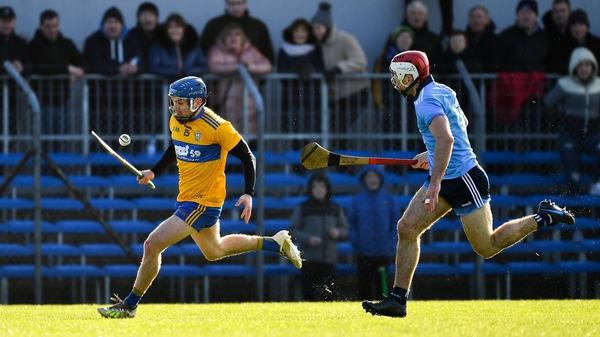