To go with a well-travelled inter-county managerial career, Pat Flanagan has enjoyed repeated success at a number of clubs.

The former Offaly player is perhaps best known nationally for his time in charge of the Westmeath, Sligo and Faithful County footballers, but at club level he has landed silverware wherever he has gone.

County success has been achieved with his native Clara, Tyrrellspass in Westmeath and now added to the list is Padraig Pearses in Roscommon.

Pearses appointed Flanagan last year with the aim of doing something they had never done since the club's formation in 1962 - to land the Fahey Cup.

In 2018 they fell short at the quarter-final stage to Roscommon Gaels, but last Sunday revenge was exacted against the same opposition. After eight previous final appearances, Pearses finally were crowned county champions.

"It's absolutely brilliant for the club," Flanagan told the RTÉ GAA podcast. "To get the first one is always very difficult to do.

"When you see grown men cry, you can see what it means to people and it was brilliant to be part of it."

Victory however wasn’t without a few twists and turns. Midway through the second half, Emmet Kelly fired over his third point of the afternoon to put Pearses 2-9 to 0-6 ahead. That lead however was whittled down and nearly nine minutes of injury-time tested the pulse of their followers. 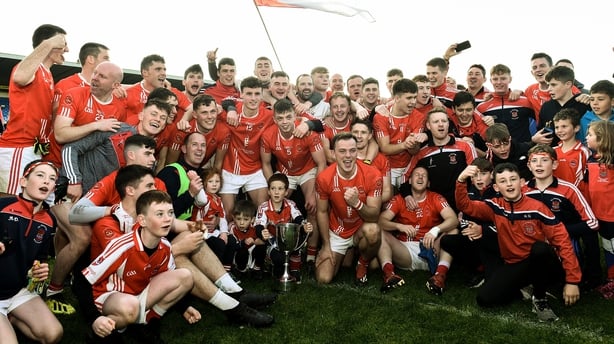 "We don’t do easy. In the last couple of games, we have built up pleads and let teams come back at us. It was backs to the wall at the end, but it was great to get across the line.

"Over the course of the game I felt we were deserving winners."

Flanagan is no stranger to county success and admits he was drawn to the job primarily to create history and add to his decorated success.

"It’s something [club record] I’m proud of," he says. "Every team I have trained at club level we have won championships.

"I believe in that, that’s the way I work because the bottom line is that if you don’t want to win something for yourself, you are not going to do it for someone else." 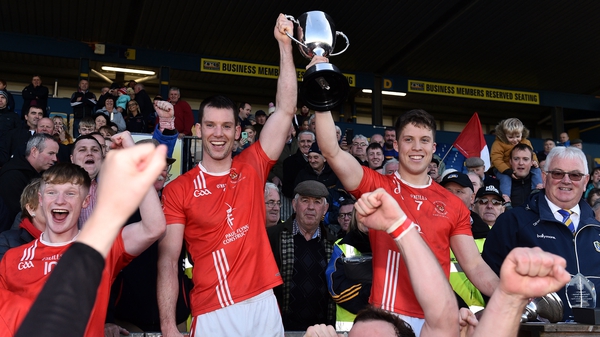