Tipperary manager Liam Sheedy says he is not thinking about next season as he focuses on savouring their All-Ireland SHC success.

Liam MacCarthy made its way to the Premier County for the 28th time after a comprehensive win over Kilkenny on Sunday.

Last night, a crowd of around 30,000 descended on Semple Stadium for the victorious homecoming where supporters had the opportunity to show their appreciation to management and players alike.

Speaking to RTÉ in Thurles, Sheedy hailed what's been a special period following the full-time whistle in Croke Park.

"It has been a bit of a rollercoaster," he said. "My text messages and WhatsApp messages have been flying in at a rate of knots.

"I still have a lot of lot of people to get back to, but I'm looking forward to doing that too because you can't do this job without having good friends around you and a good support system."

Given that Sheedy stepped away from the Tipperary hosteat after leading the county to All-Ireland success in 2010, supporters are hopeful that a different workload in the bank means there won’t be a repeat of that decision.

'We want to be back here again next year' - Tipperary fans in celebratory and confident mood as the victorious team arrive back to Semple Stadium pic.twitter.com/RX2fq9tCCm

The Portroe man was appointed on a three-year term, but he insisted he isn’t thinking of a title defence just yet.

"I’m going to cherish this one for what it is. The 2019 championship was a hugely competitive championship. Sometimes in life you can put the work in and not get the rewards, but thankfully this group got their just rewards this year."

And what about next year? 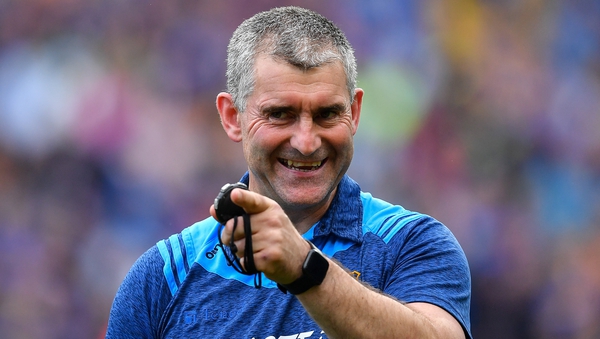 Tipp are top and staying there is next trick for Sheedy