It was the moment that had the country talking long after the final whistle, and the turning point in Sunday's All-Ireland SHC final at Croke Park.

Then, he reached for his pocket. Red card.

Players, managers and pundits have all had their say on Owens' decision, and Cats manager Brian Cody said he was "amazed" at the call.

As the dust settled on Monday morning, the man on the receiving the end of the challenge gave his verdict. 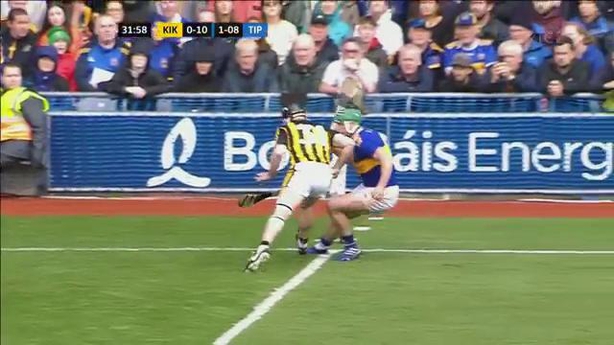 "First and foremost, any man who steps on to the field deserves massive credit because the effort that lads put in, from Tipp, Kilkenny and every other county is unbelievable," Barrett told RTÉ Sport's Marty Morrissey.

"It's a full-time job playing hurling. It's very heartbreaking for someone to get sent off. It's not something I'd like to see myself. It's hard to know. I don't the rule, like if it's a head-high tackle so it must be a red.

"Personally, I wouldn't have liked to see him go myself. It's the biggest day of the year. You're training nine months for it and it's kind of taken from you. It's not nice. It's a bit disappointing for him." 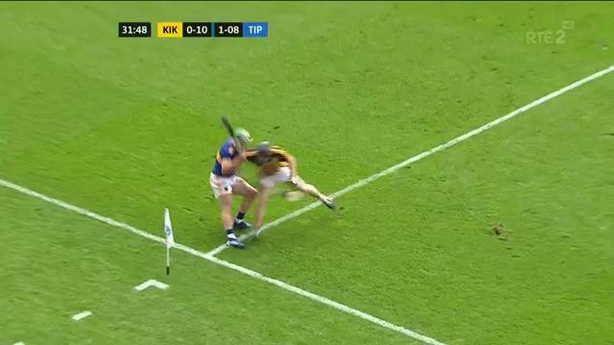 The day belonged to the Premier as they lifted the Liam MacCarthy Cup for the 28th time.

It crowned a glorious return to the dugout for Liam Sheedy, with Barrett giving an insight in to his influence.

"He's the engine room of our dressing room really," the defender added.

"It's surreal. I don't think it's even hit home yet. Yesterday I didn't have any emotion. I don't know what happened, it was just very surreal."

Patrick 'Bonner' Maher's knee ligament injury meant he was merely an off-the-field presence yesterday but the talisman forward has been a seismic figure in the dressing room.

He's making steady progress in his recovery, taking huge joy in the knowledge that he'll be coming back to help his team-mates defend the big one in 2020.

"My recovery is going well," he said. "I'm a month over the operation and I'm rehabbing hard. I'm well back on the road.

"It was hard when it happened. But I got some comfort in knowing the squad that's there, that someone else would step in and do my job.

"Waking up on a Monday morning as All-Ireland champions, there is no better feeling in the world."