GAA president John Horan says the Association is taking measures to readdress its funding model and is satisfied it is moving in a "progressive" manner.

Dublin received almost €18m in game development grants between 2007 and 2018, significantly more than Cork in second place with €1.4m. Last year Dublin received 22% of the Games Development Fund and in commercial revenue, earned €1.46m in 2017, more than twice that of their closest rival in the financial stakes.

As the debate continues over the financial model being used at present - GAA director general Tom Ryan said at the weekend that the Association sees Dublin as the blueprint for the future rather than the present problem – John Horan was asked his views after the Round 3 All-Ireland football qualifier draw on Morning Ireland.

"As Tom Ryan alluded to, the gap between the funding going to Dublin and the other counties in Leinster is closing," he said.

"In my time as chairman of Leinster, we introduced the 'Leinster Project' which created a model within the province similar to what is in Dublin; if clubs contributed a portion to the employment of a coach, they would have a coach supplied to them.

"That has gone some way to readdressing the imbalance that is seen to be there.

"Also in my time as Leinster chairman, we introduced a cross-county league programme for underage players because one other area where Dublin have somewhat of an advantage is the capacity they have in good underage competitions. They have a large number of teams playing at the same level."

Horan insisted that "there is a per-capita factor" at play with a growing population in the capital and said the growing number of coaches in Dublin is required given the large competition from other sports.

"I think it is moving in a progressive way. More money is going into counties outside of Dublin"

He was asked whether there will be a review into the current GAA funding model.

"I think it is moving in a progressive way. More money is going into counties outside of Dublin.

Kevin McStay says other counties simply don't have the ability to generate funds on the scale of Dublin #RTEGAA pic.twitter.com/cGOSZkuPVx

"One other factor in all of this is local councils outside of Dublin actually provide funding for coaching structures which Dublin don’t benefit from.

"Just because it doesn’t come into the equation of the GAA figures, it is not accounted for. Most of the counties within Leinster are getting funding from the local councils towards a coaching project.

"That is a balancing factor in it and is never taken into account when the figures are published." 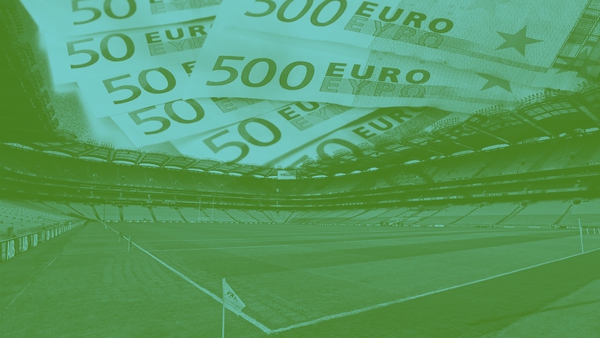