It seems difficult to imagine champions Limerick exiting the All-Ireland race hot on the heels of their demolition of Waterford, but it’s a very real possibility if results go against John Kiely's men this weekend.

After getting their title defence off to a wholly disappointing start at home against Cork, they responded in style last Sunday, yet defeat on Sunday and a Cork victory over struggling Waterford would ensure an early summer for the Treaty men.

Indeed it would represent the earliest exit of the reigning All-Ireland hurling champions in 27 years, when Tipperary’s title defence fell at the provincial semi-final hurdle.

The introduction of the backdoor in 1997, plus the new-look round-robin structure has dramatically changed the hurling landscape, but for all that, on only 12 occasions over the last 100 years have the Liam MacCarthy holders bowed out in June.

Of course the current holders will be buoyed by their performance against the Deise, but the pressure will be ramped up should the Rebels make the most of home advantage on Saturday night and condemn Waterford to a fourth successive defeat.

That would move Cork to four points and if Limerick were to fall to a wounded Clare the following day, the Banner would also move to four points with one round of games to play.

In that scenario, both counties would advance at Limerick’s expense.

Whatever the result between Cork and Clare in round five, at least one county will move beyond four points (both in the case of a draw at Cusack Park). Even if the Treaty men down in-form Tipperary in Thurles, the maximum they could reach is four points, and they would lose out on a head-to-head against Cork or Clare.

Points difference is used for when three teams are level, but head-to-head is the differentiator in the case of two teams finishing on the same number of points.

The last time the holders bowed out before 9 June was Tipperary’s surprise loss to Cork in 1992. On just 12 occasions in the last 100 years have the champions been forced into a watching brief only in June.

The last time it occurred was in 1996 (June 16) when Ciarán Carey’s iconic solo run and point at the Gaelic Grounds sent Ger Loughnane’s Clare packing.

In fact it happened on three occasions during the 90s and the days of straight knock-out. The aforementioned Tipp and Clare exits were sandwiched by Kilkenny’s Leinster semi-final loss to Offay in 1994.

The same fate befell the Cats in 1984 – this time Wexford enjoying a provincial semi-final success – but prior to that you have to go back to the 1960s for a the felling of the the champions so early in the championship.

The other two instances are not without controversy. On 26 June 1938, Tipperary got their All-Ireland defence off to a winning start when they defeated Clare 3-10 to 2-03 in the provincial semi-final. Or so they thought.

Tipperary hurler Jimmy Cooney fell foul of the GAA after he was seen attending the Ireland-England rugby international that year and was suspended for three months and was re-suspended on a technicality due to him playing in Dublin while an engineering student at UCD.

While under the second suspension he featured against Clare, who appealed and were awarded the match. The Banner went on to lose to Waterford in the Munster final.

The other instance was no less colourful. The presence of an ‘illegal’ Dublin player in the 1925 Leinster final win over Kilkenny was deemed null and void, with the Cats losing out to Galway at the penultimate stage. 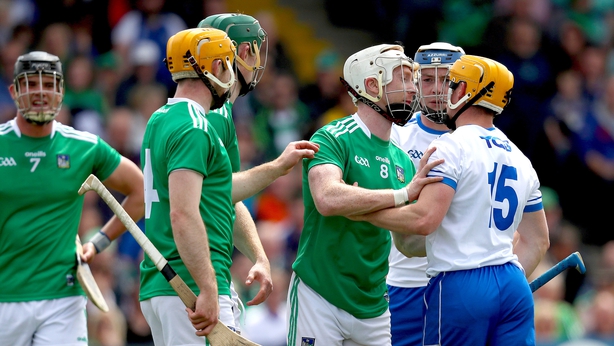 Limerick fans will rightly point out there are ifs and buts that must take place for this doomsday scenario, but Cork will be fancied to see off Waterford at Pairc Ui Rinn under lights.

Then, what chance have Clare of over-turning the champions on their home patch?

A significant improvement on their showing against Tipperary is a pre-requisite, while they also allowed Waterford claw their way back into the round one contest despite dominating for large portions.

Undoubtedly the Banner possess the personnel to inflict damage on the scoreboard at the Gaelic Grounds.

In the corresponding fixture last year they eased to victory in Ennis, while the year before, Shane O’Donnell and Conor McGrath plundered 3-05 from play in Clare’s semi-final success. Two thirds of Limerick’s starting team against Waterford started that four-point defeat in 2017.

Will Limerick become join an unwanted list, or will the champions show their mettle?

All to play for this weekend in Munster. 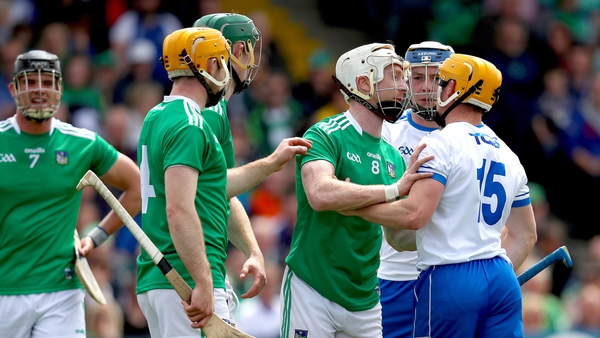 What's wrong with Waterford hurling and where do they go now? GAA