The death has occurred of the journalist and former inter-county Gaelic football manager Eugene McGee.

McGee managed Offaly to victory over Kerry in the 1982 All-Ireland Football final.

He passed away in the early hours of this morning after taking ill at a family engagement.

A former journalist with the Sunday Tribune, he was the editor and managing director of the Longford Leader newspaper.

He was in his late 70s and he is mourned by his wife Marian, daughter Linda, son Conor and his daughter-in-law, family and friends.

McGee also managed UCD, Cavan and the Ireland International Rules team but will be best remembered for the 1982 victory, which shocked the football world.

The late introduction of substitute Seamus Darby, who scored the winning goal, shaped the landscape of the game for years afterwards and McGee later revealed that two of the four selectors wanted to bring in another player.

As the manager, he had the casting vote. "It was lashing rain, All-Ireland final, 60,000 people. Darby had won All-Irelands," he said.

McGee also served as the chairman of the Football Review Committee, which proposed amendments to the game including the introduction of the black card.

"The idea is to stop the fouling and make the game more free-flowing," he said. 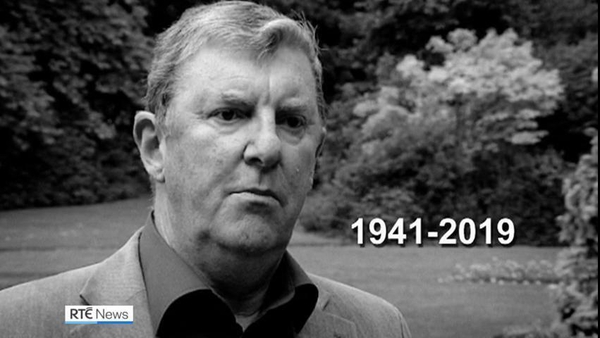