I am a "hurling" fan. It is after all one of the best games in the world, hands down. I am a dad to two camogie players, and young son who will hopefully play hurling one day too.

I have been involved in the coaching and management of underage camogie teams at the Salthill Knocknacarra GAA club in Galway for the last three seasons.

I am also a fan of the good old fashioned jostle - enjoyment of the physical tussle on the playing field perhaps making up for a lack of skill during a mediocre playing career.

The debate over the results of the Women’s Gaelic Players Association survey on camogie has been very interesting. Most of the discussion centres on changing the rules around physical contact. As things stand, camogie is effectively a non-contact sport. Hitting your opponent a good old fashioned "shoulder" and "moving into an opponent’s body" are both against the rules.

This has been a talking point for some time now, but gathered momentum following the 2018 All-Ireland where Cork beat Kilkenny by a point.

The proposed rule review is just one interesting point raised in the publication of this document by the WGPA. The full details can be seen here. It's worth reading.

While the findings of this survey shine a light on the rules, it’s actually quite a positive outlook on the game of camogie and you get a sense that the players are immensely proud of the sport that they play.

The discussion they have started is a healthy one and no doubt it will lead to positive change. But maybe it’s time to dream even bigger and think about real and meaningful change that will leave the game in a better place for the young girls that are picking up a piece of ash for the first time, a place where they are equal to their brothers, to the boys they share a classroom with, and males they rub shoulders with occasionally at their local club. More on that in a moment.

We carried live coverage of the 2018 All-Ireland camogie final last September between Cork and Kilkenny on the Sunday Sport programme on RTÉ Radio 1. This week I decided to view the game again. It was a close contest and the sides were level on eight different occasions throughout.

A battle. You’d expect nothing less between these great rivals. Unfortunately, this was not the spectacle the scoreline or that stat suggests.

The winning point came from a free scored by the brilliant Orla Cotter. In truth, it was a game of free-taking and 0-9 of Cork’s 0-14 winning total came from eight frees and a penalty. The equally excellent Denise Gaule scored 0-9 of the Kilkenny total from seven frees and two 65s. When you break it down, 18, or two-thirds, of the scores in the All-Ireland final came from set pieces. It’s a stat that speaks for itself.

In the post-match analysis, much of the blame was aimed at the match referee Eamon Cassidy who awarded over 30 frees during the 60 minutes. Think about that, over 30 frees in 60 minutes, think of the stoppages and the lack of flow in what should have been the highlight of the year.

Cassidy was subjected to some pretty dreadful online abuse in the jungle of social media. While some of his decisions were debatable some of them were debatable - as they are in any match - the sport of camogie at that level has become almost impossible to referee. The skill levels, and crucially the conditioning, is at such a high level that the game has out grown some of the rules.

The WGPA survey found that 70% of the 243 inter-county players who responded to the questionnaire agreed that rules on physical contact needed to change. What was also significant in that survey was 87% have strong pride in their game and 82% of them are in favour of trialling new rules within the league structure.

The WGPA were put in place to give inter-county ladies footballers and camogie players a voice and make things better for these players within their codes. Hopefully the Camogie Association, who have always been progressive, will listen to what the players have to say. No doubt they will. The Association has made major change before, particularly when it came to making the game 15-a-side and allowing teams to play on full size pitches.

Why not ditch the term camogie altogether and call it what it is, hurling, pure and simple?

But now that the conversation is underway, how do people feel about real and meaningful change that will not only better camogie, but put young women who play Gaelic games on an equal footing to the young boys who comes through the system?

While the rule change debate got all the spotlight this week, the most significant finding in the WGPA survey is that a large majority, 96% of players contacted, favoured integration with the Gaelic Athletic Association.

As a camogie dad, I have always wondered why can’t my girls have the same access as my son to all the benefits of being members of the GAA. Our family club, Salthill Knocknacarra GAA Club, has embraced the "One Club" ethos, but it is actually more expensive to register and insure a female player.

Like many clubs around the country members in Salthill pay a flat rate to join every year to cover all players. No gender inequality here. The club are huge supporters of camogie and ladies football and despite many challenges are very fair in their allocation of playing facilities.

But technically, my son and I are members of the GAA, while my daughters play their games under the Camogie Association and Ladies Gaelic Football Association. So three different ruling bodies with different rules, and in other ways a different ideology and mindset in their approach to the codes. And for the record, none superior to the other. 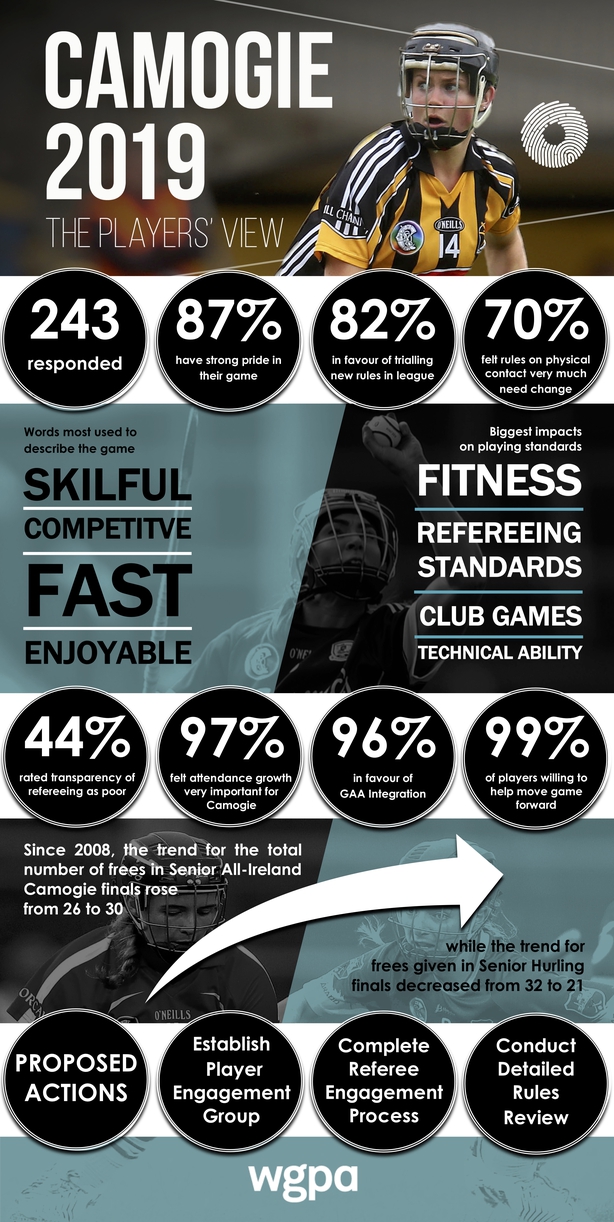 But wouldn’t it be something if my daughters, and the camogie team that I train every week, had the same access to the GAA’s strategic plan, to the same funding as hurling, and lets get a little crazy here, what about a joint promotion of hurling and ladies football at all levels, boys, girls, men and women?

And seeing as we're on a roll, why not ditch the term camogie altogether and call it what it is, hurling, pure and simple?

Not so sure how popular that will be, but just putting it out there.

This is not to be dismissive or critical of the Camogie Association or the LGFA or indeed the GAA themselves. The people behind these sporting bodies have done incredible work which we will be eternally grateful for, but let's give this one more push and bring our community together. Allow the organisations to flourish and grow even bigger as one.

Just a footnote, this week my daughters are attending a Hurling Camp in Salthill. It’s for boys and girls, all mixed together, training and playing with and against each other. They love it, especially the games where they drop the odd shoulder on their man.

The ref plays on. Liberating. 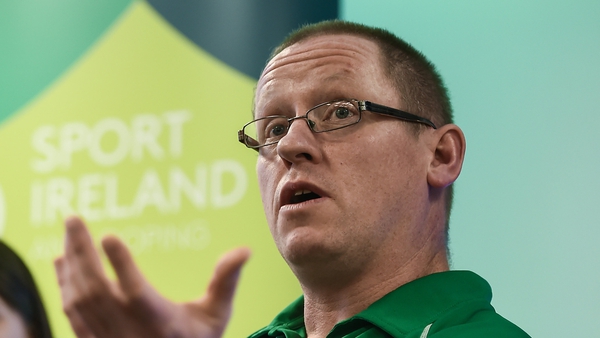 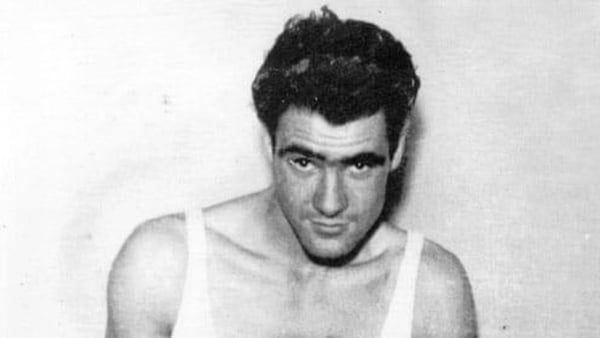 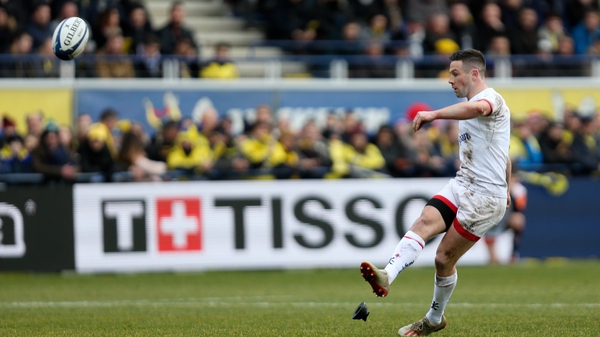