WEATHER
Mostly cloudy on Sunday. Showery rain during the morning with dry periods. More persistent rain will develop during the afternoon, with heavy falls in parts of the west and north. Highs of 8 to 12 degrees Celsius, highest in the south in mostly moderate southwest breezes fresh and gusty near the south and southwest coasts. For more go to met.ie

Gaoth Dobhair may be the most successful club in Donegal, but they yet have to taste glory at provincial level. With Odhrán MacNiallais, Eamon and Neil McGee, Kevin Cassidy and Dáire Ó Baoill to the fore, there is no doubting that their passage to the Ulster final is well merited.

A first-half hat-trick from Ó Baoill propelled the Donegal champions to a deserved victory over Crossmaglen in the semi-final. Before that, they accounted for Cargin in the quarters.

Monaghan kingpins Scotstown have been Ulster winners four times, their last success coming in 1989. They were runners up in 2015.

GAANOW have the best of the action as a converted free by @monaghangaa's PwC All-Star goalkeeper Rory Beggan in the fifth minute of injury-time saw @ScotstownGAA claim a dramatic victory over @EoghanRua in Healy Park! pic.twitter.com/HV848oHE8t

After securing a 19th Farney title at the end of September, Scotstown then accounted for Derrygonnelly Harps, Burren and Coleraine to make it this far. The victory over the latter was a nerve-jangling affair, with a trademark free kick from goalkeeper Rory Beggan ultimately seeing them through by the bare minimum.

Only one club from Donegal has brought home the Seamus McFerran Cup and that was St Joseph's in 1975.

Gaoth Dobhair boss Mervyn O'Donnell, not surprisingly is describing this year's showdown as "the biggest game" his troops have ever played.

Speaking in the Donegal News, he said: "It has to be the biggest game.

"It's not something that you think might come about at some stage. It really is the stuff of dreams.

"We have had some great teams down through the years, but I suppose after going 12 years without winning a championship, this just didn't seem possible.

"But it's brilliant now to be preparing for an Ulster final. We just hope we can bring the cup back to Gaoth Dobhair."

"I think with Rory at this stage his talent is there for everyone to see," he revealed. 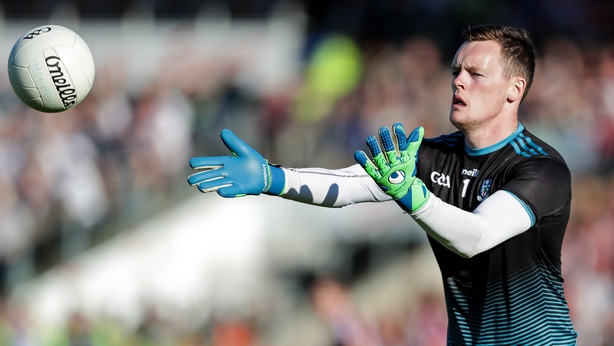 "He works extremely hard - like any good player at a good level it is because he does that bit extra.

"He has added that dimension to his game. It is something we utilise and it brings more to our game. He can be hard to mark and it has worked for us no doubt in big games."

Eight-time champions Ballyhale Shamrocks go in search of another Leinster title when they take on a Ballyboden St Enda's side still seeking a maiden win the competition.

Henry Shefflin is now at the helm in Ballyhale and witnessed his troops claim county honours at the end of October with victory over Bennettsbridge.

And despite a slow start in the Leinster semi-final against Wexford's Naomh Éanna, the Kilkenny champs, courtesy of 4-04 from Colin Fennelly, eventually eased home with 16 points to spare.

Ballyboden's trek to the Netwatch Park Cullen Park decider has seen pushed to the pin of their collar on more than one occasion. Kilmacud Crokes took them to a replay in the Dublin final, while Westmeath's Clonkiill and Coolderry of Offaly certainly tested their resolve in the provincial series.

It took two periods of extra time for Joe Fortune's men to get past the latter in an absorbing semi-final a fortnight ago.

Looking ahead to Boden's first appearance in a final since 2007, where they lost to Birr, Conal Keaney was bullish about their chances when he spoke to RTÉ Sport. 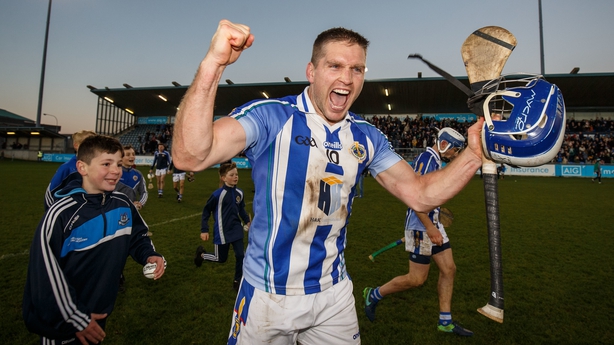 "It's a Kilkenny team and everybody is talking about how good they are.

"Cuala were the All-Ireland champions for the last two years and came out of Leinster relatively comfortably, so we'll take some confidence from that. I don't think we're as good as Cuala were but we are there now representing every club in Dublin and we are going to give it one hell of a shot.

"We are not going to sit back and be in awe of them.

"We have come out the right side of some tight games so far and that will stand to us." 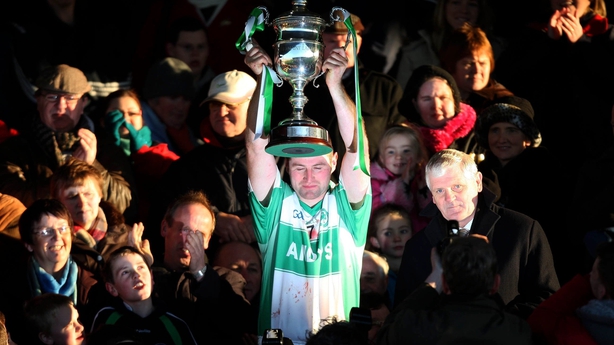 Another veteran, Bob Aylward, aged 40, is part of the Ballyhale camp and is relishing a chance to land a first Leinster crown since 2014.

He told the Kilkenny People: "We are all looking forward to the Leinster final. A final, any final, is something to get excited about.

"This has been a good year so far; a great year. A new generation of player is carrying on the tradition of the Shamrocks. We have great young lads coming in."

With @BallyhaleGAA & @Bodengaa set to contest the @gaaleinster Club Final this Sunday; GAANOW Rewind takes a look back to their 2009 Provincial Semi-Final clash when a star studded Ballyhale team gained victory thanks to four excellent goals! pic.twitter.com/rhSAAHOaX4