Donegal picked up their first Super 8s win at the second time of asking as the brilliance of Michael Murphy saw the Ulster champions power to victory over Roscommon at Dr Hyde Park.

The Donegal captain kicked nine points for his side, who never trailed after the 17th minute, while Roscommon manager Kevin McStay was asked to leave the sideline in another disappointing sideshow in their second defeat of the Super 8s.

Boosted by the return of David Murray to the starting team following a successful appeal of the red card he earned against Tyrone last week, Roscommon got off to a great start when Ciaráin Murtagh kicked a great point in the third minute from distance.

Two minutes later a long, diagonal ball from Conor Devaney found Diarmuid Murtagh in space behind the Donegal full-back line, but by the time he turned back towards goal the chance was gone and he blazed over for a point to double their advantage.

Donegal took their time in finding their feet in this clash and wides from Ciarán Thompson and Jamie Brennan marred their first two attacks, but Jamie Brennan got them off the mark in the sixth minute with a point from the left. 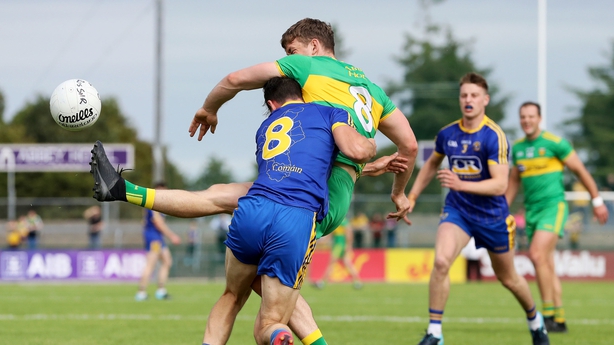 Full-forward Brian Stack pushed Roscommon ahead with a good point, but they needed a stunning save from Colm Lavin to deny Jamie Brennan moments later – although Murphy added the 45 the followed the save to level matters.

Murphy started at midfield for Donegal and spent most of the opening half around that zone, but he also appeared at the edge of the square on an intermittent basis. Wherever he went Niall McInerney followed, but the Roscommon full back was unable to stem the flow of scores as Donegal kicked seven unanswered scores.

Four of those came from Murphy – the last two as he slotted into the full-forward role – while Thompson and Odhrán Mac Niallais also found their range, while Michael Langan got on the end of a great counter attack to give his side a 0-10 to 0-5 half-time lead. 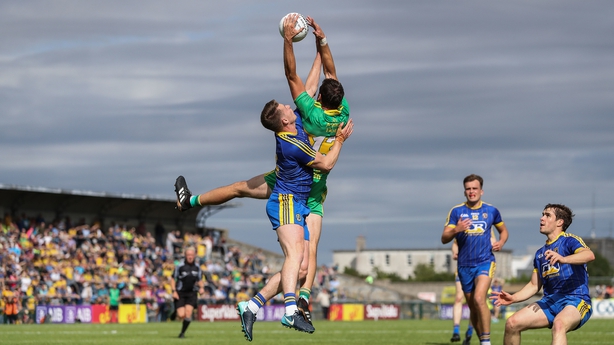 There was some action after the half-time whistle when Roscommon manager Kevin McStay appeared to make contact with the linesman as he remonstrated over earlier decisions, and didn’t appear on the sideline for the second-half upon the resumption.

Speaking to media after the game, he said that he was asked to leave the sideline, but was not sent-off.

But his team started well and matched Donegal point for point, with Stack, Ciaráin Murtagh and Enda Smith on target, although Odhran Mac Niallais ensured Donegal maintained their half-time advantage with a point off either foot.

Back into the full-forward line, Murphy popped up with a score on the turn after 44 minutes, and he brought his personal tally to eight eight minutes later with a brilliant team score.

As Roscommon chased the game, Stack was denied a goal by a fine Patton save, but Donegal came even closer to the fist goal when Mac Niallais rattled the post.

Three scores in a row saw Roscommon close to within five points with 10 minutes remaining, but Murphy’s free clinched it for Donegal. 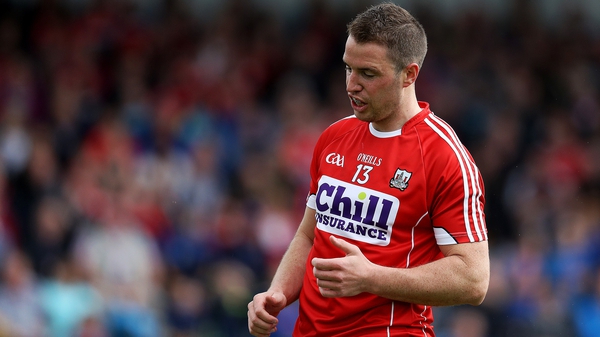 O'Neill: Retirement not a reflection on Cork football