Dublin manager Jim Gavin has announced a team with two changes to the side that beat Donegal in their first All-Ireland Senior Football Championship quarter-final Super 8s game last week.

The Dubs take on Tyrone in Healy Park, Omagh, tonight, throw-in 7.0pm, in their first match outside of Croke Park at this stage of the competition since their drawn and replayed quarter-finals with Kerry in 2001.

If the team lines out as named, and that’s a big if given the amount of pre-game changes most counties now make, Philly McMahon and Paddy Andrews will be in from the start. 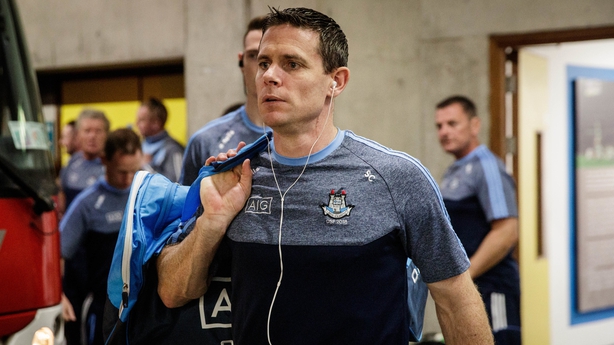 Captain Stephen Cluxton is in goals again having missed the Leinster final win over Laois due to a rib injury picked up in the previous outing against Longford. He kept another clean sheet against Donegal.

With McMahon in the left corner and Mick Fitzsimons in the right Cian O’Sullivan is named in the number three jersey, though he can be expected to take up a loose role rather than defending the edge of the square.

James McCarthy is picked at centre-back between Howard and Jonny Cooper while Brian Fenton and Michael Darragh Macauley, another former Footballer of the Year, will man the middle of the field.

Niall Scully is again named at wing-forward after his two goals against Donegal, with Ciarán Kilkenny the fulcrum of the attack and Con O’Callaghan completing the half-forward line.

Inside, Paul Mannion will wear 14 with Dean Rock in the right corner and Andrews top of the left.

Elsewhere, Galway opt for one change from the side that defeated Kerry for Sunday afternoon's Super 8s clash with Kildare. Peter Cooke comes in at midfield to replace the injured Paul Conroy for the Newbridge encounter.