It might not be a novel pairing. But it's an exciting one.

The two most decorated teams in hurling league history renew acquaintance at Nowlan Park on Sunday as Tipperary chase their 20th title and Kilkenny what would be an 18th.

In the last ten years, the rivalry between the neighbours has been the most intense and thrilling in hurling.

The teams have scored 18-193 between them in their last five meetings, the last of which was an almost stereotypically entertaining 2-22 to 2-21 victory for Kilkenny in February. 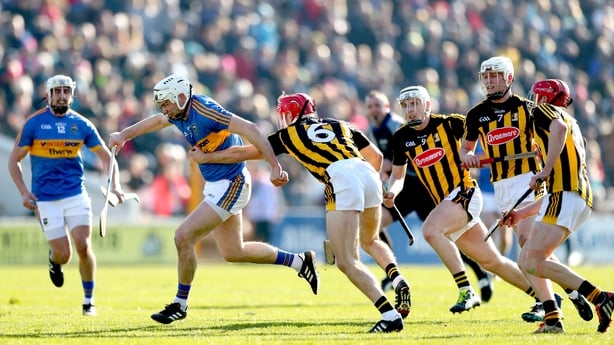 It wasn't supposed to be like this. The epitaphs were being written for Brian Cody's dynasty when his youthful-looking team followed up an underwhelming summer with losses to Cork and Clare in rounds one and two.

However, victories over Waterford, Tipperary, and Wexford turned their campaign around before they beat Offaly and Wexford, in Wexford Park this time, in the knock-out stages.

Young guns like Conor Delaney, Enda Morrissey, Richie Leahy and Martin Keoghan have stepped up to the mark in the absence of key players like Paul Murphy and Richie Hogan, and the Kilkenny boss now stands on the brink of a ninth league crown in his peerless 20-year reign.

Michael Ryan would be delighted to get his first.

Tipp topped the Division 1 table after wins against Waterford, Wexford and Cork.

They comfortably accounted for Dublin in the quarter-final before holding off a determined Limerick in an extra-time semi-final.

The likes of Billy McCarthy, Sean Curran, Alan Flynn and Darragh Mooney have established themselves while Jason Forde has scored 5-60 in just six games - he missed the defeat to Kilkenny - to help cushion the loss of star forward Seamus Callanan to injury.

Tipperary have beaten Limerick in the Allianz Hurling League, and see themselves in the Final next weekend. Watch the Full-Time Highlights here on GAANOW! pic.twitter.com/ECrK7WJZ0K

"Tipperary look to be playing with a freedom and really enjoying their hurling.

"They have scored an average of 28 points in every match and conceded 24. They're going out and saying 'we'll outscore the opposition'.

"Their record in Nowlan Park is not good. They've lost their last 10 matches there.

"A lot of things point towards a Kilkenny win but I think Tipperary might have more scoring power and their forwards will just about sway it."

"Tipperary play 15-against-15 hurling and I’m expecting an open game. Certainly, it’ll be a bit different for Kilkenny because they have become so used to playing against a sweeper against Clare, Waterford and Wexford.

"(In February) Tipp were without Jason Forde and John McGrath, who were on Fitzgibbon Cup duty. They are two of the form forwards in the country at the moment and they’ll be back on Sunday.

"I don’t like to say it, but going on form I have to slightly favour Tipperary and I’m tipping them to win a tight game." 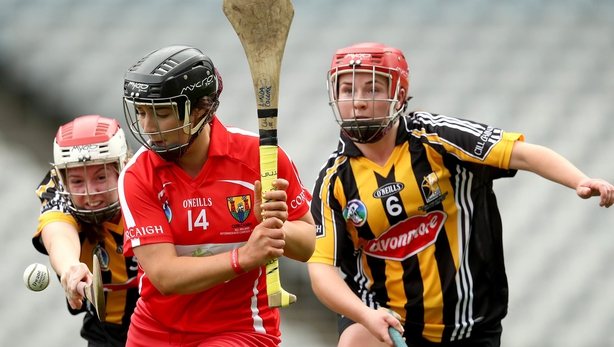 In the first game of what is a double-header in Nowlan Park, the hosts and reigning champions meet Cork for a fourth national final in a row.

The Rebels regained the All-Ireland crown they lost to Kilkenny in 2016 in a dramatic final last September when Julia White's 66th-minute proved the difference between the sides.

Cork topped their group with a 100% record, having taken the scalps of Galway, Offaly, Tipperary and Wexford along the way before they dismissed a strong Limerick side in the semi-final.

They have had to do without the injured Gemma O’Connor and captain Aoife Murray due to injury, while Rena Buckley has taken the spring off to consider her future.

However, the likes of Orla Cronin and Amy O’Connor have carried on from excellent All-Ireland final performances, while Ashling Thompson, Orla Cotter, Laura Treacy and Linda Collins are among those to stand out as they progressed to the final undefeated.

Kilkenny did suffer a surprise five-point defeat to Limerick but still topped Group 2, thanks in no small part to the brilliance of Anne Dalton, Julie Anne Malone, Miriam Walsh and Denise Gaule.

Leaving Cert student Aoife Doyle has shown an eye for goal, scoring another in the semi-final win over Galway, and they lead the competition in terms of scoring and score difference.

Kilkenny are pursuing a third consecutive league title and fourth in five seasons, while Cork haven’t been successful since 2013.

As has become customary between these two sides, the result should be in doubt right to the very end.

WEATHER
Sunday will be a mild day with sunny spells. The morning will be mainly dry. Some heavy and possibly thundery showers will develop in the afternoon and evening, heaviest and most frequent over the western half of the country. Highest temperatures 11 to 14 degrees with light breezes.