Charlie Redmond believes there'd have been "blue murder" if a Dublin player replicated Lee Keegan's actions before Dean Rock's All-Ireland-winning score last Sunday, and said Jim Gavin's champions have not got the credit they deserve in the aftermath of capturing the three-in-a-row.

Keegan appeared to throw his GPS tracker at Rock in attempt to put his opponent off before he kicked the free that snatched away Sam Maguire from Mayo once again.

In his column with the Herald, former Sky Blues forward Redmond urged the GAA to punish Keegan, calling his actions "a new low".

Speaking to RTÉ 2fm's Game On, Redmond reiterated his belief that the Mayo man should be made an example of

"I think Lee Keegan is a magnificent footballer, one of the best footballers in this country," he said.

"Some of the things he's done of a football field are just amazing. I'm an admirer of him, but sometimes Lee does things that leave me scratching my head.

"On Sunday, Lee found a new foul that we didn't know existed in Gaelic football.

"Cillian O'Connor had the chance to win the All-Ireland with a free a few moments before Dean Rock. If a Dublin lad had thrown his GPS at Cillian and... it hit the post, the ball came back out, we went down, 40 seconds later we'd a chance and Dean kicked the ball over the bar, what would the ramifications be?

"Where would the argument be now? The debate would be, quite justifiably, that the result be set aside, the game replayed and whoever threw the GPS be banned for the next game.

"The Dublin team this week also I believe haven't got enough credit for what they achieved with the three-in-a-row."

"I'd agree with completely. If that was the case with a Dublin player there'd be blue murder this week about it, but because we won the game it seems to be left behind.

"The news has gone on from something else to something else. The Dublin team this week also I believe haven't got enough credit for what they achieved with the three-in-a-row.

"In all this, their achievement has been lost."

A high-octane collision was rammed with incident - Cormac Costello threw away Mayo goalkeeper David Clarke's kicking tee just after Rock's late point - and there were several flashpoints up for debate when the dust settled.

Redmond called for an extra official to ease the pressure on the man in the middle.

"I honestly think the time has come where we need to take the pressure off referees and have an extra referee, if not two referees, on the field," he added.

"The game nowadays is a much more flowing game than in my day. We want to encourage that." 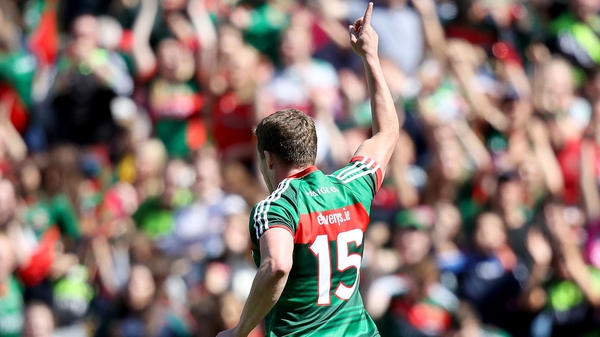