Sunday's All-Ireland SHC final closes a circle on a relationship between opposing managers Derek McGrath and Micheál Donoghue that stretches back 25 years.

In 1992, Déise manager McGrath and Galway boss Donoghue were mere pups representing their counties in the All-Ireland minor final.

McGrath played centre-forward for Waterford that day but it was the Tribesmen, with Donoghue at wing-back, who took the glory on a 1-13 to 2-04 scoreline.

A quarter of a decade on, the two men lead their respective sides into battle on the first Sunday of September dreaming of bringing home Liam.

They spoke to RTÉ Sport's Brian McCarthy on RTÉ Radio 1's The Championship programme about the feelings in both camps ahead of a special day for both counties. 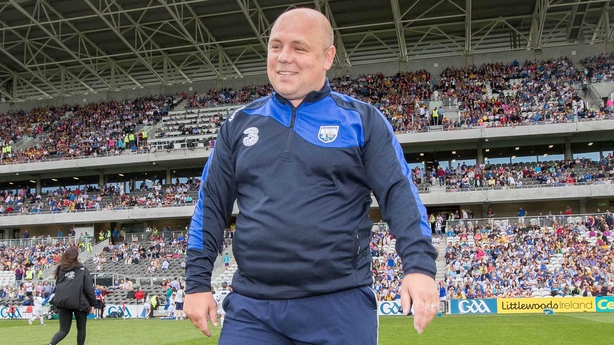 "[Recounting the '92 final] I'd a full head of blonde hair and I was about ten stone! Micheál has held it well, but in terms of an advertisement of what management can do to you, I don't think the pictures of '92 will do me any favours!

"We hadn't been in a minor final since '48 I think and Galway were masters of winning minors under Mattie Murphy. They beat us comprehensively that day.

"Micheál is a brilliant man. I would have know from afar that he was going to be the next man in Galway, that he was the one being touted give how impressive Clarinbridge were and how impressed the players were by him. He's very very methodical.

"It's clear there's a real chemistry between players and manager.

"This is a special day in our lives. There's a certain element of your approach where you say, 'Jesus, the magnitude of this is fairly significant'. But I think that's all balanced by your own family, your own routine.

"I'm looking forward to going back teaching. There'll be a good buzz around the school. It'll be exciting for everyone." 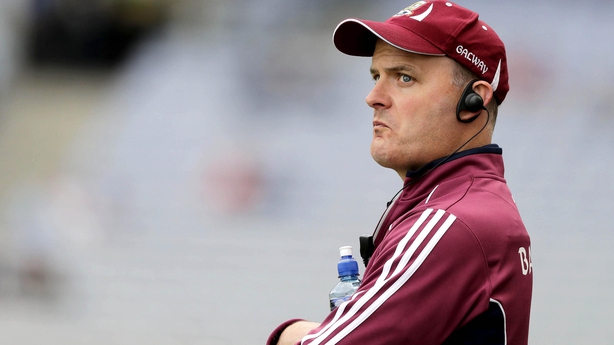 "We’re fortunate that we have a group of men who are strong and athletic, naturally so.

"We’re dealing with a group that have a lot of experience.

"We keep saying to them that they have to keep drawing on both the good and the bad from the club and with the county.

"From a management point of view you’re striving to get the team into a place where they’re just driving it themselves, they're setting the standard themselves.

"We're really fortunate now to be in that position where the focus really comes from them.

"There’s a huge unity and spirit and a huge desire to go now and be successful."

At a glance: Hurling final weekend

Liam MacCarthy - not just a trophy, a symbol of history

Apart from hurling - What have Galway and Waterford ever given us?