The Sunday Game panel were in unison regarding the quality of the All-Ireland semi-final hurling at Croke Park, and heaped praise on Joe Canning’s cool finish to tilt the game in Galway’s favour.

In a nip-and-tuck encounter where the sides were level on 13 occasions, just a point separated the Tribesmen and Tipp for the third successive year, with Canning’s score from the right sideline in the fifth minute of injury time proving to be the difference.

Speaking on The Sunday Game Facebook Live, Henry Shefflin was fulsome in his praise for the final score in a pulsating last-four clash.

"His gander [Canning] was up, he was after scoring a couple of points. Johnny Coen did excellently. He took the ball and drove forward, but he didn’t panic.

"Years and years of practicing the ball at home in Portumna to strike it pure and he struck it pure."

"He knew that Joe had taken the free way back and would be drifting down the field. He puts the brakes on, turns back, pops it back and he [Canning] struck it beautifully.

"Years and years of practising with the ball at home in Portumna to strike it pure and he struck it pure."

Cyril Farrell, the last manager to lead Galway to Liam MacCarthy glory, was pleased that that the ball fell to the three-time All Star.

"That’s the man you want with it [the ball]. He got 11 points, three or four from play, but not alone that, I think all year he’s been very mature, leading the attack.

"Even when things aren’t going well, he’s floating around picking off passes and doing the right thing at the right time."

Former Tipperary manger Liam Sheedy agreed the game was a joy to watch and while he was disappointed to see his native county bow out of the Championship, felt it was a commendable performance by the Premier County.

"You’d have to say they absolutely died on their feet out there for the jersey. They didn’t get the rub of the green. That match could have gone either way." 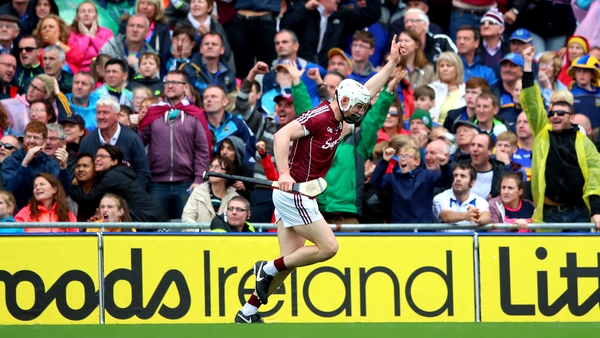 Modest Canning says he was 'lucky' to score winner