The bustling full-forward was in sparkling form in the eight-point All-Ireland quarter-final victory over Galway, contributing 1-01 and causing havoc in the Galway rearguard as the Kingdom powered into yet another semi-final.

While the Austin Stacks man was constant thorn in the Tribesmen's side, one particular incident in the opening period became a talking point post-match.

Speaking on RTÉ 2fm’s Game On programme, former Meath forward Flynn thinks the four-time All-Ireland winner was lucky to escape a sanction under the noses of the match officials, adding that the Diarmuid Connolly incident against Carlow is relevant in the context of the debate.

"With that so close to the umpires and the referee, he did dodge a bullet."

"I can understand where people are coming from and we have set a precedent [Connolly’s ban]. I’m not going to go back over old ground," he said.

"With that so close to the umpires and the referee, he did dodge a bullet."

He believes that other players have been reprimanded for less serious offences, though is adamant the central issue is the rules, and how the officials apply them.

"When you see players removed for black cards...you saw Lee Keegan last year, James McCarthy and Jonny Cooper removed from All-Ireland Finals when they did virtually nothing wrong.

"I love watching him, but he did dodge a bullet but we have no one to blame only the rules and the way they are."

"Listen, do I want to see him off? No. I love watching him, but he did dodge a bullet but we have no one to blame only the rules and the way they are.

"They are open-ended, they are open for interpretation. It mightn’t be over yet, but I hope it is." 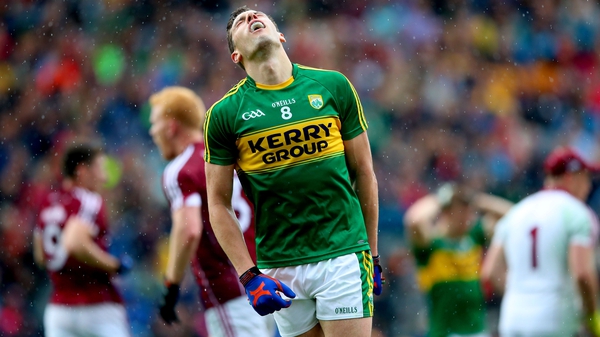