Kerry enjoyed a useful workout as they beat Galway in the first of this year’s All-Ireland Senior Football Championship quarter-finals at Croke Park by eight points.

They were the better team from start to finish and were able to keep the Tribesmen at arm’s length throughout.

After the four-week break since their Munster final win over Cork they needed to shake off a few of the cobwebs and they were able to do so without being put under any undue pressure.

They also had the chance to find out a little about themselves, with work required in the full-back line and the Kingdom will know that they need to bring greater intensity in the last four.

So all-in-all it was a useful workout for a team with genuine ambitions of lifting Sam Maguire come September.

Eamonn Fitzmaurice's team will meet the winners of Roscommon v Mayo on 20 August at Croke Park.

Kerry mixed a patient build-up along the edge of the scoring zone, sniping scores from the consistently-excellent Paul Geaney, who got three before the break, and booming, diagonal balls into Kieran Donaghy.

David Walsh was man-marking Kerry full-forward Kieran Donaghy on the edge of the square with a bit of help from occasional sweeper Liam Silke, but they couldn’t get a handle on the situation.

Of four balls that went in with menace in the opening 35 minutes, the former Footballer of the Year caught the lot, scored 1-01 and was fouled for a converted free.

When he got the goal into the Canal End after 13 minutes it looked as though Kerry were about to ease away from the Tribesmen, midfielder David Moran sending in the searching, diagonal pass from the right wing under the Cusask Stand side. 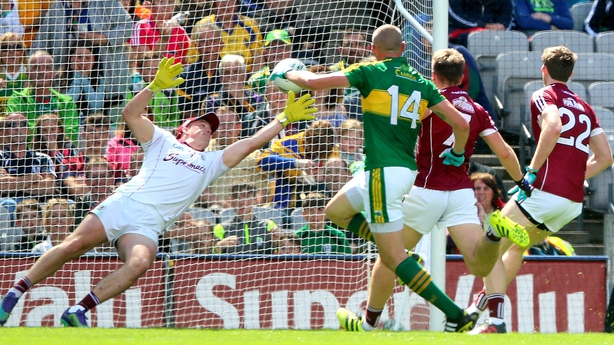 But credit to Galway, they responded almost immediately with a point through the impressive Ian Burke to cut their deficit back to a manageable four points.

There followed a 13-minute spell when the Kingdom only managed one point from a free and nothing from play.

Galway’s inside line of Burke and Sean Armstrong sent over six points between them in the first half, 0-04 from the boot of Burke, to expose a weakness in Kerry’s defensive set-up.

This helped to leave the scores at 1-10 to 0-08 at the break, at one stage they were seven behind and in bother, and it should have been closer only Armstrong shanked a close-in free badly wide. 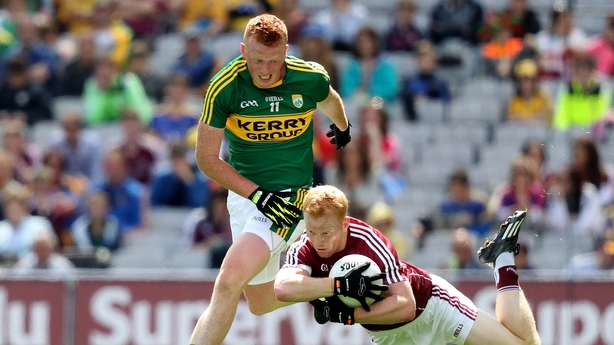 Damien Comer also had the best of Galway’s two goal chances, created himself with strength, direct running and serious pace.

His shot had keeper Brian Kelly beaten, but Fionn Fitzgerald got back to stab it off the line.

Sweeney was taken off shortly after the change of ends and Kerry made switches too, James O’Donoghue leaving the action less than 50 minutes in, replaced by Jack Savage following a low-key afternoon that saw him as a peripheral figure amid talk of a pre-match ankle injury.

The Kingdom never looked under serious pressure during the second half and this game cruised to what was an inevitable conclusion.

However, boss Fitzmaurice won’t have been happy with the further goal-chances they gave up - a foul on Daly after 40 minutes could have led to a penalty, but referee David Coldrick had just blown up for an earlier advantage - and their sloppy play in front of goals. 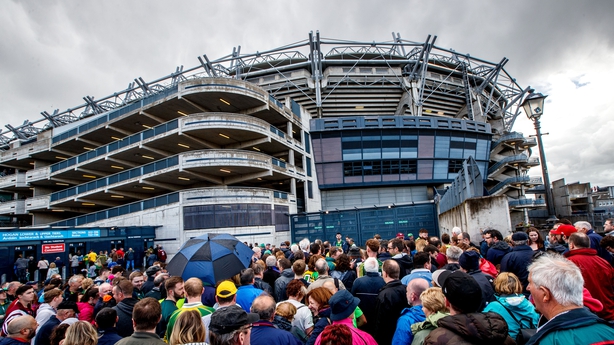 Galway, whose senior footballers are still without a Championship win at Croke Park since their 2001 All-Ireland final win, have to take some credit for tightening up at the back, in the full-back line in particular, though Kerry didn’t look to drive home their advantage.

They do have three weeks to prepare for their All-Ireland semi-final, on August 20, however, and they will no doubt use that to sharpen their killer instinct. 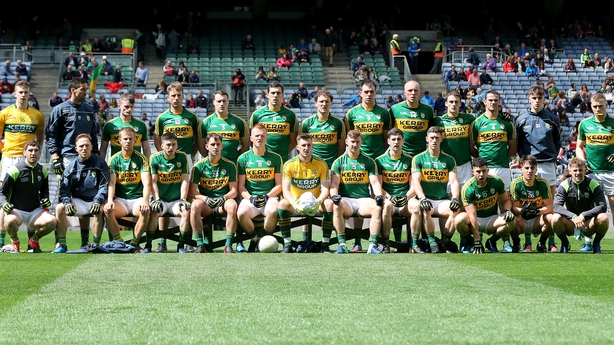