Davy Fitzgerald instils the 'never-say-die' attitude in his teams that marked him out as a player as a manager, according to former Clare team-mate Anthony Daly.

The Wexford boss was absent from the sideline for their Leinster semi-final victory over Kilkenny at Wexford Park following a 12-week ban, but his players have been quick to acknowledge his contribution.

David Redmond’s second-half goal saw the Yellow Bellies into their first Leinster final since 2008 and there were joyous scenes at the ground following the full-time whistle, with the Davy effect in full swing in the south-east.

The 2013 All-Ireland winning manager will be back on the sideline for the provincial decidser and, speaking on the Sunday Game, Daly elaborated on what Fitzgerald brings to management.

"You could nearly sum it up if you watched Ireland’s Fittest Family of a Sunday night and listen to him roaring, ‘keep going, never give up’ and that’s nearly what he lives on...and he’ll come back," he told viewers.

"Remember the 2011 Munster Final when Tipp got the seven goals (against then Fitzgerald-managed Waterford). People said they were gone, dead and buried, and they came out and beat Galway.

"He had them training the following morning. That’s his way. Nothing will set him back, he’ll keep coming back for more.

"He instils that in his teams."

Daly's fellow hurling analysts agreed with those sentiments, illustrating the incredible progress Wexford have made in just 12 months.

"To put it in perspective, Wexford were beaten 2-19 to 0-12 points in the Leinster Championship against Dublin last year," said Liam Sheedy.

'Nothing will set him back and he instills that in his teams' - Anthony Daly on the 'Davy' effect in Wexford hurling pic.twitter.com/kQRrikvfog 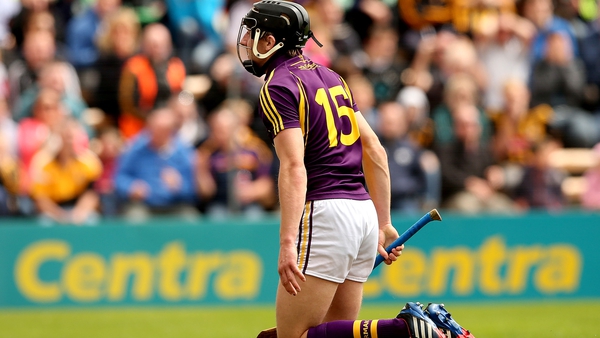