Kilkenny’s drive for four Leinster titles in a row was ended as David Redmond’s second-half goal saw the Yellowbellies into their first provincial final since 2008 after a 1-20 to 3-11 win at Wexford Park.

McGovern could only watch after suffering a cruciate injury in training last week when his knee gave way, his second such injury in less than 12 months.

Speaking to the RTÉ GAA Podcast, the forward revealed the victory had lifted his spirits.

"I got a bit of a tonic with yesterday’s result," he said.

"I’m absolutely delighted, my vocal chords are a little worse for wear. I’m delighted we’re going back to Croke Park."

McGovern admitted that the resilience shown by his team-mates, against such high calibre opponents, was particularly pleasing.

"The guys dug deep and we took our opportunities. Thank God we came out the right side.

"It was a high-pressured game. We were looking forward to it for a long time, so it was a quite a tense affair, quite tactical.

"Kilkenny are such a difficult team to beat." 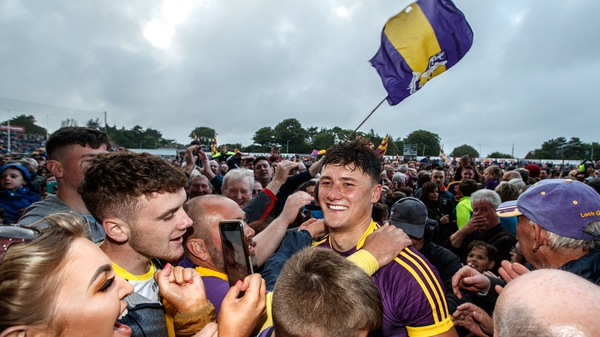