Joe Canning admitted that the result of Sunday's All-Ireland quarter-final paled in significance compared with having a healthy Davy Fitzgerald back on the sidelines.

The Clare manager had a minor heart procedure last week but was back patrolling the line at Semple Stadium as the Banner fell to neighbours Galway by 2-17 to 0-17.

Superstar Canning contributed 1-08 to the Tribesmen's tally, and although he was delighted to advance to a semi-final meeting with Galway, the forward took time out from the jubilant scenes to wish Fitzgerald well.

Asked if Galway had answered their pre-match critics, Canning told RTÉ Sport: "I don't know if we proved a point, we just won a quarter-final and that's all we had to do.

"What was said about us in the last couple of weeks, we had to answer that, but there's more important things in life than sport.

"We're amateur players at the end of the day and our health is our wealth, so it was great to see Davy on the line again today. That's what it's all about about.

"We only play this game for a hobby, that's all it is. I went through it myself with my mother last year and my dad at the moment, so as long as people are healthy on the sideline. It's great to see Davy and we wish him the best in his recovery as well."

Tipp now await Galway in a repeat of last year's epic semi-final, and Canning claims criticism of their failure to get past bogey side Kilkenny was off the mark.

"We got to an All-Ireland final last year and we've lost a Leinster final to probably the best team that's ever played the game," he said.

"We know we're competitive. We made eight mistakes that cost scores the last day in the Leinster final against Kilkenny and they punish you.

"We live to fight another day and we've a tough one against Tipperary in the semi-final." 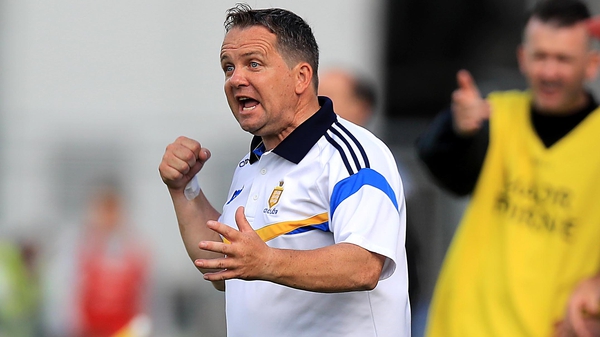