Tipperary manager Liam Kearns paid tribute to his players' resolve after they held off a Cork comeback to record a first Munster SFC Championship win over the Rebels in 72 years.

"I'm overjoyed,"  Kearns told RTÉ Sport. "It's hard to take it in really.  Nobody gave us a chance, I think you could have backed us at 7/1.

"We were giving ourselves a chance alright and it was just great to win."

Tipp led from the ninth minute at Semple Stadium but the visitors pushed them all the way, scoring 1-06 without reply in eight minutes to level as the game ticked into injury-time.

The Premier Men held their nerve, however,  and Kevin O'Halloran converted a 45 and then a free to secure a 3-15 to 2-16 victory and a place in the Munster final against Kerry.

"When they got level it looked like they'd win it and we came back and kicked two points to win it," said Kearns.

"That's great character from our lads and I'm thrilled for them.

"We ran out of legs a little bit and Cork threw the kitchen sink at us.

"They created a lot of chances and we were hanging on a little bit at the finish but it was great to show the composure.

"No disrespect to Cork but it would have been a travesty if we'd lost it.

"Two years ago that's what happened, Cork did Tipperary at the death when Tipperary had led all the way so we were due that too."

What makes this victory of a Divsion 3 side over a team that competed in Division 1 even more notable is that just of the 10 of the 21 that played in last year's Munster Championship opener against Waterford were available to Kearns for the repeat fixture last month.

Colin O'Riordan has departed to play AFL with the Sydney Swans, Seamus Kennedy and Steven O’Brien have thrown their lot in with the hurlers, and 2015 U21 All-Ireland finalists James Lonergan, Liam Casey, Ross Mulcahy, and Kevin Fahey are spending the summer in the US.

"It's been a very difficult year. We've lost an awful lot of players," admitted Kearns.

"Blows like Colin O'Riordan going to Australia, Stephen O'Brien and others going to hurling and three or four fellas going to America... it says an awful lot for the group of players that went out there today that they absorbed all those blows and still came up with this fantastic victory.

"I'm just thrilled for the players. They've been a great group. They've taken all kinds of stick but worked really hard." 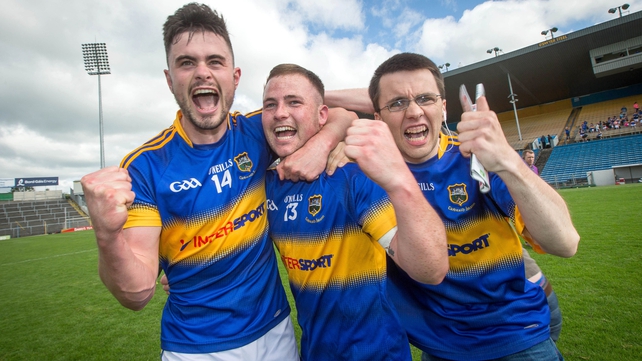 Tipperary have been a growing force at underage level in recent years, winning Munster titles at minor and U21, and claiming the 2011 All-Ireland minor title.

In beating Cork to earn a first Munster final spot since 2002 they have now also made the breakthrough at senior level, though Kearns was quick to play down his role in the feat.

"It's nothing to do with me," he said. "There's a load of work gone in at underage level and a load of people have put the foundations in place.

"John Evans and Peter Creedon before me, and the underage people have done huge work as well.

"I'm just delighted for them all that we got a result like that today." 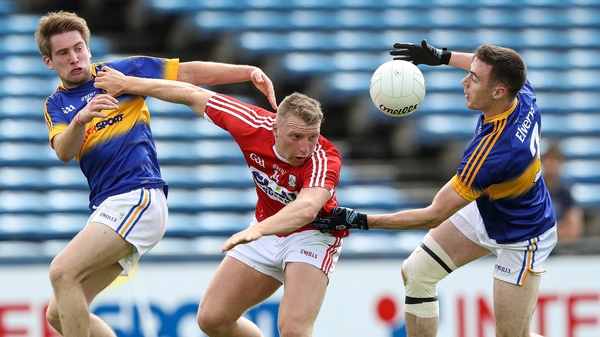