Two injury-time placed balls from Kevin O’Halloran sealed a remarkable victory for the Premier County - their first over the Rebels in senior championship football since 1944.

In a roller-coaster tie, played out in front of just 2,734 spectators, Tipp held their nerve late on after Cork had come from nine points down to level in the final minute through Paul Kerrigan.

But Tipp had O’Halloran in excellent form from placed balls and, after the Portroe man nailed a '45 in the second minute of stoppage time, he made sure of a Munster final date with Kerry on 3 July by ramming over an insurance free from close range in the fifth additional minute.

Manager Liam Kearns was in charge of Limerick when they stunned Cork by 10 points in 2003 but this was an even more seismic result.

The sides were level three times in the opening 10 minutes and Tipp also missed an eighth-minute penalty, when captain Peter Acheson saw his effort well-saved by Cork goalkeeper Ryan Price.

Crucially, Kevin O’Halloran nailed the resultant ’45 and Acheson was able to put that miss behind him with a classy point from play later in the half.

Tipp’s opening goal arrived in the 14th minute, buried by Conor Sweeney after the hosts capitalised on a loose kick-out.

George Hannigan won possession and fed Brian Fox, before Sweeney profited from a perfectly-timed off-load to net at the Killinan End.

Cork, who registered nine first-half wides, were rattled but Conor Dorman, one of their better players in the first half, scored his second point from play to leave four points between them, Tipp ahead by 1-05 to 0-04.

There was then a little moment for the history books when Brian Hurley’s free was judged wide by HawkEye, the first football call in Thurles by the new technology.

John O’Rourke and Mark Collins scored points to bring Cork back within two as Tipp endured a 14-minute barren period on the scoreboard. 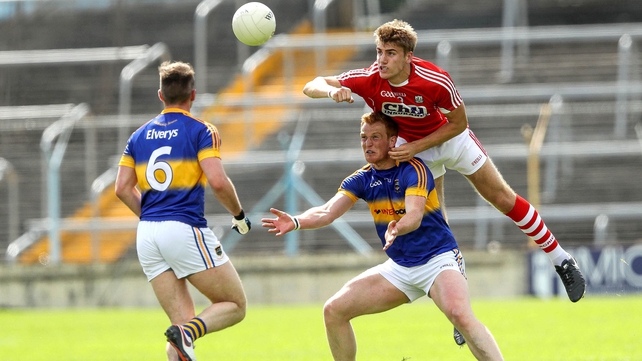 But, playing against the breeze, Tipp finished the half with a quickfire 1-02, and the goal was an avoidable concession from a Cork viewpoint.

Referee John Neilan played a good advantage as Fox was fouled on his way through and when the ball squirted loose, Michael Quinlivan was on hand to boot a soccer-style effort beneath the body of Price, who could have done better.

Tipp then suffered a blow when Josh Keane was black-carded but the Premier County shrugged that off to claim the final point of the half, Quinlivan shooting his second from play in stoppage time.

The second half was an absolute rollercoaster as Tipp twice surged into nine-point leads before Cork, with Collins scoring the first of his two goals to reduce the gap to four, 1-10 to 2-11.

Fox responded with an unanswered 1-01 and Tipperary were suddenly nine points clear again, 3-13 to 1-10, with just eight minutes remaining.

But Cork bagged a second goal through Collins in the 66th minute and, remarkably, were level through Kerrigan before O’Halloran’s late brace sent Tipp into dreamland.

Tipp finished with 14 players as Billy Hewitt was black-carded in the fifth minute of stoppage time but the clock ran out on Cork. 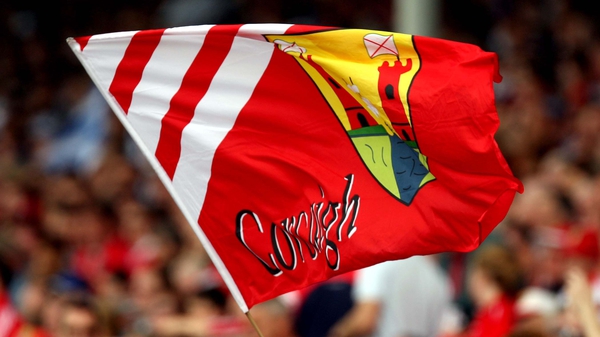