The GAA has confirmed that the mark will be introduced to Gaelic Football from 1 January 2017.

The rule, which was passed at last month's congress, means that a player who catches the ball cleanly from a kick-out on or past the 45-metre line, without it touching the ground, will have the option of calling a ‘mark’ and taking a free-kick, as in International Rules.

The change, which is designed to promote more high-fielding, has drawn strong criticism from pundits and inter-county managers.

Central Council has also decided that the Allianz Football League Division 1 semi-finals will be discontinued from next season, with the top two sides in the table contesting the final instead, and promised that there would be more double weekends when both football and hurling league action is scheduled.

Ard Comhairle announced the introduction of an U17 championship for next year "to ensure players eligible for that age group will have a competition in that calendar year".

They said the competition "will be played in July and August on a knockout basis with the final played alongside one of the All-Ireland senior and minor semi-finals".

A decision was also taken to play the U21 hurling final earlier in the year, before the All-Ireland senior hurling decider. 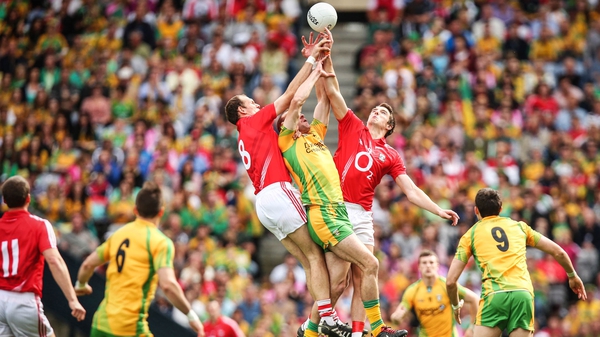 VIDEO: Mixed reaction to introduction of 'mark' to Gaelic football