Kilkenny and Galway do battle again in the Leinster hurling semi-final, and football semi-finals are down for decision in Leinster and Ulster. There are also four more matches in the football qualifiers. We go through all you need to know.

SUNDAY
RTÉ One: Kildare v Meath, Dublin v Wexford (The Sunday Game Live from 1340, in Ireland via RTÉ Player and Worldwide from GAAGO)

WEATHER
The weekend will see a lot of dry weather, though there will the threat of some showers on both Saturday and Sunday. Temperatures will range from 16 to 19 degrees and winds will be light from the north or north east.

ALL-IRELAND SFC QUALIFIERS ROUND 1A

Carlow v Waterford
What frame of mind will the Carlow footballers be in after their drubbing at the hands of Meath a fortnight ago?

At least they have a home tie in which to salvage some pride and judging by some reports weren't as bad as the scoreline in the 7-13 to 0-06 scutching from the Royals might suggest.

Waterford have already had two outings this summer and were full value for forcing Clare to a draw in Ennis on 7 June. The Déise would see themselves as a rung or two further up the ladder than the Barrowsiders and they should have enough in their locker to confirm that status on Saturday afternoon.

Tyrone v Louth
And so Mickey Harte's Tyrone set out once again on the qualifier route. Last year, that journey took them as far as the All-Ireland semi-final. The question is can the Red Hand get as far as the business end of the season again?

Pat Spillane recently referred to Tyrone as one of a number of counties in "transition". Yet this transition seems to have been in place since 2011,

Harte adds a new name to the mix with a call-up for minor star Conor McKenna, while Shay McGuigan at number 11 gets his first championship start against Aidan O'Rourke's men.

Louth were fancied by many to give Kildare their full of it three weeks ago in the Leinster semi-final but were so lacklustre that the final score of 1-22 to 1-07 flattered them. Their full-back line all too often parted like the Red Sea and the only crumb of comfort was the performance of Shane Lennon at number 14.

Manager O'Rourke will look for respectability at Healy Park after been handed this tough draw.

Tyrone beat Louth by eight points in the 2008 qualifiers, en route to All-Ireland success. The margin of victory could be even more on Saturday.

Cavan v Westmeath
While much of the talk was about the unsavoury pre-match scenes against Armagh, the nature of Cavan's loss to the Orchard County at the Athletic Grounds appears to have got lost amid all the talk of schmozzles, match fines and suspensions.

Terry Hyland's side now have the chance to get the show back on the road against opposition who have failed to win a competitive match so far in 2014.

Westmeath boss Paul Bealin spoke about a "largely young and inexperienced panel" that he has to work with this year. However, he is bullish ahead of the Breffni Park encounter, though the absence of Doran Harte with a ruptured cruciate ligament, is another loss he could have done without.

Cavan reached the All-Ireland quarter-final and supporters will expect another productive run through the back door this summer.

Waterford v Laois
An intriguing clash is in store at Walsh Park as Waterford play host to an improving Laois outfit.

The Déise were well beaten by Cork in their Munster quarter-final replay but showed enough in the drawn game to suggest that they can make an impact this summer.

Of their newcomers, Tadhg de Búrca was excellent in defence, while and Austin Gleeson really announced his presence on the national scene with a great goal.

Laois came so close to beating Galway on 1 June and, when the fortitude shown by the Tribesemen in forcing a draw against Kilkenny last Sunday is taken into consideration, the effort put in by 'Cheddar' Plunkett's side is shown up in a good light.

Home advantage should help Waterford, but any victory for Derek McGrath's outfit will be hard won as Laois are unlikely to wilt as they did against Clare in the corresponding back-door tie last year.

Antrim v Offaly
The two weakest teams left in the hurling qualifiers meet in Ballycastle. Between them they conceded a total of 10-51 against Wexford and Kilkenny in their last outings.

Morale, more so in Offaly, is not high, and the value of a victory for either side on Sunday afternoon should not be underestimated.

Their last meeting was on 30 March when Antrim prevailed in the Division 1B play-off and they should have enough to lower the Faithful colours again.

Down v Leitrim
Down were only seconds away from beating Tyrone in the Ulster preliminary round. The concession of the three goals in the replay proved costly.

James McCartan's side will be without the Johnston brothers - Ryan and Jerome - for the visit of Leitrim as the pair won't be returning from a break abroad until Sunday.

Benny Coulter announced during the week that this will be his last season in the Down colours. That said, he still has much to offer and will McCartan be tempted to include him from the start in Newry?

Leitrim, with Emlyn Mulligan leading the charge, left it until the mountain was too steep to climb to show what they could do against Roscommon in their Connacht opener.

They will have to be more purposeful from the off against the Mourne County. If so, they can make a game of this fixture. That said, Down have more of a scoring threat and that should swing it their way.

Galway v Kilkenny
After the late drama in which Galway rescued a draw last Sunday, O'Connor Park in Tullamore is again the venue that will decide who lines up to face Dublin in the final on Sunday week.

Under Brian Cody, Kilkenny have written the textbook on how to put teams away when on top. No doubt, they'll be wondering how they let a ten-point lead slip last Sunday. Credit, however, must go to Galway for the character they showed in delivering a late surge in which they scored 3-03.

Anthony Cunningham has been building something this year and there's no doubt that defenders Ronan and Daithi Burke, midfielder Padraig Brehony and Jason Flynn and Cathal Mannion at corner forward have given the side the new impetus.

Joe Canning is still the star man for the Tribesmen and he was central to their comeback against the Cats. The fact that Conor Cooney is now taking the frees has perhaps taken some of the pressure of Canning to deliver match in, match out.

Many will ask is the momentum now with Galway? Certainly, the drawn game will bring some their newcomers on that bit more.

Interestingly, Kilkenny hit no wides in the second half last Sunday. Their use of possession, bar the last ten minutes, was excellent.

Privately, they will fell they don't have to do that much more to close out the deal on Saturday evening.

Armagh v Monaghan
After Monaghan saw off Tyrone by a point a fortnight ago, Armagh are next in line for the reigning Ulster champions in their quest to set up another date with Donegal in the provincial decider on 20 July.

Speaking in the aftermath of the victory over the Red Hand, former Galway star Padraig Joyce thought that Monaghan had kicked on from last year and that they had the perfect mix of youth and experience in their squad.

The way the Farney took care of Donegal in the Division 2 final in the spring was an indication that they mean business again in 2014. The determination shown by the defensive trio of Colin Walshe, Dessie Mone and Drew Wylie in the win over Tyrone was a real indicator of their intent this summer.

After a spring in which they were relegated to Division 3, Armagh caused something of a surprise when accounting for Cavan in the quarter-final.

That game was marred by a brawl as the players assembled for the pre-match parade. As a result, the trio of Brendan Donaghy, Andy Mallon and Kieran Toner received one-match bans and are ruled out of Saturday evening's clash following the rejection of their latest appeal.

Caolan Rafferty, who scored a goal against the Breffnimen, is a major doubt for the game after suffering a suspected broken hand in training.

This is a local derby and while Monaghan are favoured by most to advance, Armagh's new-found belief after their win the last day, should ensure a tight contest.

Kildare v Meath
Both counties arrive in Croke Park on the back of facile wins in their respective quarter-final clashes.

Louth were expected to give Kildare a stiff examination on 8 June but the Lilywhites breezed through that encounter with the minimum of fuss.

That said, Jason Ryan's side did a lot of good things on the day, as exemplified by their approach work in chalking up a tally of 1-22.

Once they got going against Carlow a fortnight ago, Meath certainly made it count on the scoreboard in finding the net the seven times.

Mick O'Dowd is a good coach and his target is to re-establish Meath as a consistent top eight side. Injuries to key players, however, have disrupted his plans ahead of Sunday. Kildare are good enough to exploit this and reach a first Leinster final since 2009.

Aside from the 2008 Leinster decider, Wexford have in recent seasons been more than a match for the Dubs in their provincial battles.

However, Jim Gavin's charges have now found a level of intensity that, as of now, other teams seem unable to reach. If anything, Wexford seemed to have regressed over the last year.

They will do well to be as competitive as long as Laois were when they squared up to the All-Ireland champions three weeks' ago. 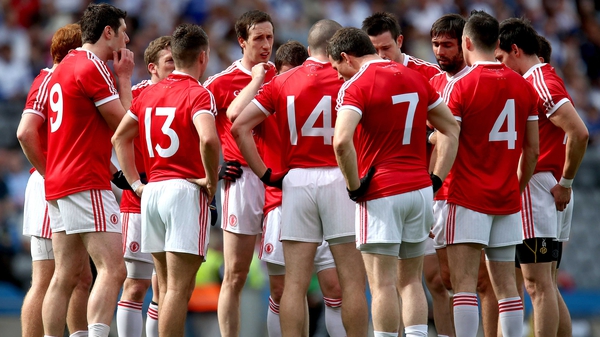 Kevin McStay: Tyrone can have big say in the Ulster and All-Ireland Championship Football