Shane Walsh's transfer to Kilmacud Crokes has been confirmed and the Galway star has been cleared to play for them in the Dublin championship.

It is understood that his home club Kilkerrin-Clonberne did not lodge an objection to the controversial transfer, but the north Galway club have voiced their unhappiness over rural clubs battling to hold on to their players.

A Croke Park spokesman confirmed that the transfer had been cleared by the association’s Central Competitions Control Committee.

The 29-year old, set to win his first All Star this year after crowning a superb season by kicking nine points in the All-Ireland final loss to Kerry, has stated the move will help prolong his career.

Walsh is completing a BA in physical education at Portobello College in Dublin and wants to cut back on travel to training and matches, having commuted to Galway over the past year.

But Walsh said he is determined to return to Kilkerrin-Clonberne at some stage in the future.

His home club opened their Galway intermediate championship with a 2-8 to 1-10 win over Headford in his absence with a late rally.

And this Friday evening Kilkerrin-Clonberne will take on Killererin, Padraic Joyce’s home club, in the second round of games.

But they will do so without their No.14 — match programmes for the Galway championship were printed before Walsh announced his intention to move — who is now free to link up with his new Kilmacud Crokes team-mates, although it remains unclear when he will make his debut for them. 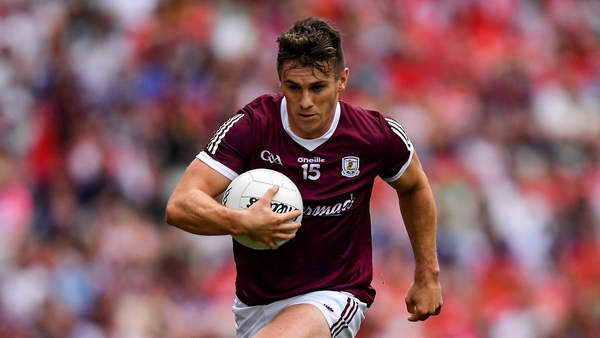