Dublin's upturn in fortune and the return of Con O’Callaghan are not mutually exclusive events, according to Colm Cooper.

A month ago, as Dublin embarked on their Leinster campaign, the mood was downbeat. Relegation from Division 1 followed last year’s All-Ireland semi-final defeat to Mayo. Talk of the end of an era, after six All-Ireland’s on the trot, gathered pace and there was even talk that perhaps Kildare could challenge for provincial honours.

Four weeks later and Dessie Farrell’s side have swept aside Wexford, Meath and the Lilywhites to claim a 12th successive Leinster title. A devastating first-half display on Saturday saw the men from the capital lead by 16 points and central to that was full-forward Con O’Callaghan.

The Cuala man missed the league through injury, but torched the Wexford defence in the quarter-final and took Kildare for 1-06, not to mention plenty of unselfish work in setting up scores and space for others.

Speaking on the Sunday Game, former Kerry forward Cooper says the gifted forward is the fulcrum of the Dublin attack.

"He scores, he wins ball, he’s unselfish. I think he gives everyone confidence," he said.

"The really good thing about him – and you see this from great players – they make everyone else around them better. He certainly does that.

"Dublin missed a focal point when he was away during the league. When he comes back in, he gets everyone moving. The chemistry is back."

Cora Staunton described the Dubs as "invigorated", while Ciarán Whelan said that while it was a positive display from the men in blue, Kildare were perhaps a little complacent following their league win.

"Maybe they felt they could go man to man with Dublin and that was very naïve," the two-time All-Star said.

"You would have thought they would sit in for the first 10, 15 minutes, settle into the game, get a few turnovers to give the team a bit of energy because they have the forwards.

"You can’t leave Con O’Callaghan in one-on-one in that type of space in Corke Park. He’s unmarkabale."

"Kildare might have came in a bit complacent after the league win... you can't leave Con O'Callaghan inside one-on-one, he's unmarkable... Kildare were naive," according to Ciaran Whelan.#RTEgaa pic.twitter.com/gQVSGhstnA

Dublin now march on to an All-Ireland quarter-final after serving a reminder that are likely to have a big say once again in the race for Sam Maguire.

Cooper feels that, notwithstanding the fact they have faced a side from Division 4, Division 2 and a side relegated from the top-flight, en route to winning Leinster, they are showing signs of old.

"They have used their time really well over the past few weeks. I thought they were a little leggy during the league, I think they were targeting the championship.

"They were devastating in the first 15 minutes was the best we have seen by any team we have seen this year. They have got their mojo back." 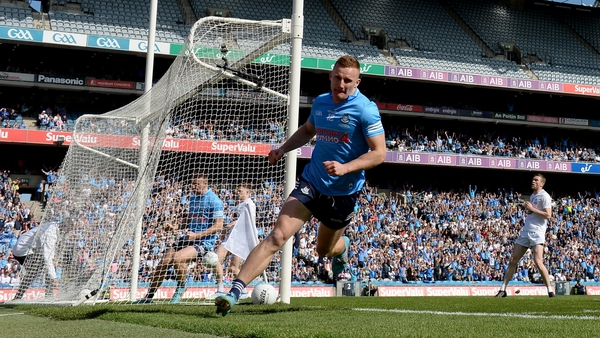 Whelan: Dublin energised after being written off