Ciaran Whelan reckons that Dublin are possibly re-energised following all the criticism they received over the course of their off-colour league campaign in 2022.

The Dubs devoured Kildare in a surreal first-half blitz, racking up five goals by the 27th minute and brutally scotching neutral hopes that we might be in for a close contest for a change.

Whelan suggested that the Dublin players may have been stung by the narrative which emerged both from last year's championship and the spring league, with many surmising that the dynasty was finished and that Kerry were now ready to take the baton.

While collecting the Delaney Cup long ago became a humdrum business for Dublin, Whelan indicated that this one may just mean a tad more than previous ones due to the background narrative.

"This one, compared to some of the other ones, might be a little more special, given the spring they had," Whelan told RTÉ Sport after the game.

"Even going back to the Wexford match, Fenton alluded to them having a chip on their shoulder.

"They've a culture within their group where they're not used to being beaten. They were probably sore throughout the league campaign.

"Maybe people writing them off energised them because it looked like that appetite and that workrate is back."

"Maybe people writing them off energised them because it looked like that appetite and that workrate is back" - the panel give their assessment after Dublin blitzed Kildare to win a 12th Leinster title on the trot pic.twitter.com/rsmm0JbDYh

For Whelan, one of the brightest spots for Dublin was the strong form of the new players, in particular Lee Gannon, who has continually impressed as an energetic corner-back and Tom Lahiff, who is maturing as a midfielder.

"The big positive from a Dublin perspective is the likes of Lee Gannon, who came in during the league campaign, has performed very well now in the championship, kicked two scores in the Leinster final.

"And the likes of Tom Lahiff, who looks a lot more comfortable now, as a partner for Brian Fenton. Dublin have been trying a lot of guys in that area since Michael Dara Macauley was gone, he has now settled into that role and looks quite comfortable.

"There's positives in that we've a couple of new players coming through as well." 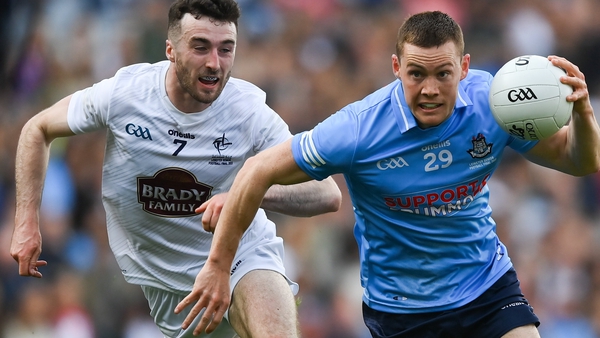 Dozen for the Dubs as early goal glut floors Kildare