Éamonn Fitzmaurice says the situation that could see no Allianz Football league finals played is "disappointing, but understandable".

Earlier this year the GAA stated that "league finals will only be played if the counties involved are not playing in the Championship on the following weekend" given the calendar restrictions this year.

It means there will be no Division 2 or 4 finals, while Division 1 and 3 finals will only take place if Tyrone and Dublin (Division 1) and Derry and Fermanagh (Division 3) win their respective semi-finals.

"It's a classic GAA one. We only start looking at the rules that govern the competition when we get towards the end of it," McStay said.

Speaking on the RTÉ GAA podcast, Kerry's former All-Ireland winning player and manager Fitzmaurice lamented the later start of the football leagues, though admitted that in some ways the association was damned either way.

"I do feel that the football is getting a hard deal"

"I do feel football is getting a hard deal. Hurling went back a week early and they're getting their league played off," he said.

"Could football have gone back a week early? 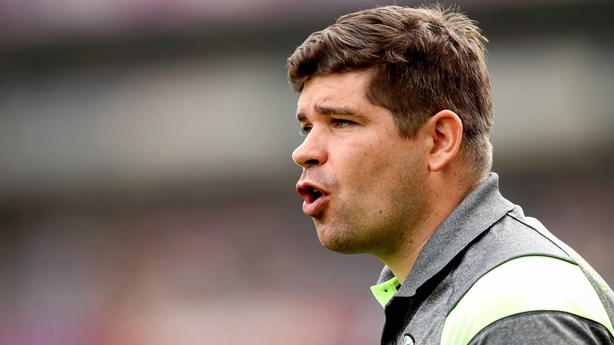 "And the fact that there is no backdoor. It’s disappointing, and I think it’s disappointing the league finals are not going to take place," he added, questioning whether teams needed to play the opening rounds of the championship so early in the summer.

"Having said that, we have known that from the start, it has been well flagged. I’d imagine they looked at all permutations.

"It’s a bit unusual. I would love to have seen them go back a week early and get the finals played."

One area of concern in the early stages of the 2021 season is the number of soft tissue injuries. For some teams in the lower divisions, depending on their provincial draw, it could have a serious impact on their progress in a knock-out championship.

Will the motivation be there to play, as may be the case with some counties, just five games across league and championship?

"I think you’d prefer to be managing soft tissue injury issues and trying to balance the load, than managing a group’s disappointment as they are playing so little

"It’s not ideal. It's grand for the big teams who will be advancing through, but a majority of the counties will be out early and then back to the clubs."