If each soldier had to navigate their own landing craft to Normandy, how many would have completed the journey?

That question was posed by Davy Fitzgerald's right-hand man in Wexford, Seoirse Bulfin in addressing the 2020 championship and how players, managers, coaches and fans have adapted to the unique feel of a championship during the year of the coronavirus.

Bulfin, the Wexford hurling coach and LIT lecturer wrote an article on the 'behind-closed-doors' feel for players and how they adapt.

In his opinion, "the teams with the most experience of the big days seem to have handled this unique championship with the minimum of fuss", with Limerick sweeping before them in hurling, and Mayo and Dublin contesting their fourth final in the last seven years.

The normally red-hot Croke Park atmosphere generated by these two counties – the home side seeking a sixth All-Ireland in a row against the Connacht champions who have arguably pushed them as close as anyone in that time – will be replaced by an empty GAA headquarters, the silence punctured only by the shouts of players and those on the sideline.

How do players adapt to the new environment? 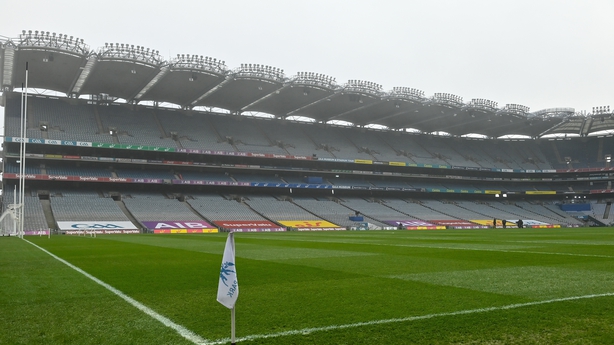 Anne-Marie Kennedy, high performance psychologist accredited by the Sport Ireland Institute,works at the highest level in sport supporting some of Ireland's most elite athletes and teams from cricket and cycling to golf and GAA.

She was part of Jim Gavin's Dublin backroom team for the historic five-in-a-row and this year has worked with both club and inter-county footballers to deal with the unique circumstances.

Many observations have been made with regards to how the lack of fans has impacted teams, but first she says you need to strip it down to the individuals.

"The first lockdown, where people had to train alone or away from the team favoured the intrinsically motivated athlete," explains Kennedy, "as they are more self-determined they are motivated by continuous improvement and learning.

"The more they see improvements the more inclined they are to feel confident. They do not necessarily need the external rewards to stay motivated."

The concept of training alone however would be a far greater challenge for those in the other camp, where external factors such as silverware, status and praise are the main drivers.

The differentiation between the two is crucial in addressing the implications of ‘behind-closed-doors' according to Kennedy.

It has been my experience that these anxiety issues centre normally around big crowds and fearing making mistakes in front of 60 or 70,000 people

There have been a number of players over the years who have struggled to transfer training, or indeed league form, into the demanding arena of championship fare, struggling with what the experts would describe as "performance anxiety issues".

The symptoms can be obvious - unforced errors and a reluctance to want to get on the ball - and in many instances, the cause is not all that difficult to trace.

"It has been my experience that these anxiety issues centre normally around big crowds and fearing making mistakes in front of 60 or 70,000 people," she says.

"Not only is motivation and confidence impacted in-game, but this will also play out after the game in relation to the mindset in preparation for the next training session or competitive game."

For those particular players, the removal of supporters is a welcome change in order to maximise performance.

"With the crowds not there the sense of occasion is diminished which frees up their capacity to perform. It would be easier for them to treat any game like a training game."

The argument would tend to be supported in 2020 by Tipperary and Cavan’s provincial success, plus Cork’s unexpected win over Kerry.

The other sign of the coin is the impact on the extrinsically motivated players, those fuelled by simply being better than their peers.

"These athletes love to compete and love to show everyone how good they are. They would normally feed off the energy of the crowd. They would be motivated and energised by the appreciation, reinforcement and encouragement from the stands when they are performing well."

The simple conclusion is to infer ahead of Sunday’s final is that Mayo are benefitting from the lack of crowds. Indeed manager James Horan has admitted as much already this season, while Dublin in contrast are more driven by the external rewards, focusing on showing how good other teams are.

One could argue that Mayo's major trump card on Sunday are the Covid-restrictions resulting in an empty stadium. 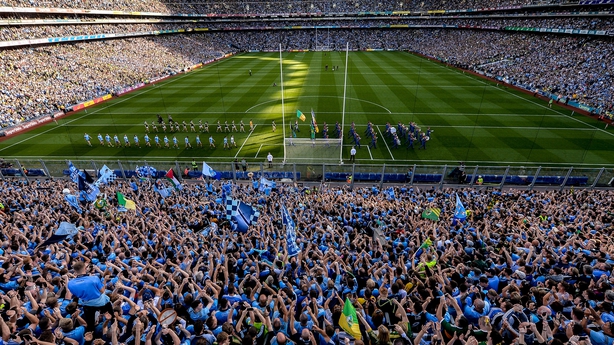 Ciarán Whelan however contends that after all the talk of five-in-a-row last year, plus a couple of nervy performances in finals, that it is Dessie Farrell’s side now that are thriving in the new conditions.

"All that pressure is gone, the pressure is off them and they seem to be playing like a team with the pressure off them," he told the RTÉ GAA podcast. "They seem cool and relaxed."

We will soon find out how both sides cope in this unusual All-Ireland final experience. Personnel and tactics will dominate the build-up and post-match discussions, but the psychological preparation cannot be underestimated.

"How each athlete deals and copes with the challenges brought on by Covid is very individual," Kennedy adds.

"All athletes and teams are in the same storm but different boats."