Luka Modric's superb volley gave Croatia a winning start to their Euro 2016 campaign with a 1-0 victory against Turkey at the Parc des Princes.

The Real Madrid midfielder struck a looping 25-yard shot into the bottom corner of the net late in the first half to give his team the early initiative in Group D, which also includes defending champions Spain and Czech Republic.

Croatia created opportunities throughout the game, hitting the crossbar twice in the second half, but could not find a second goal.

Turkey never really looked like making them pay though and with Spain up next, could already find it tough to make the knock-out stages.

Croatia were quick out of the traps and immediately on the front foot. Ivan Rakitic at full stretch with barely a minute on the clock was just unable to get a telling contact on Darijo Srna's right-wing cross into the penalty box. 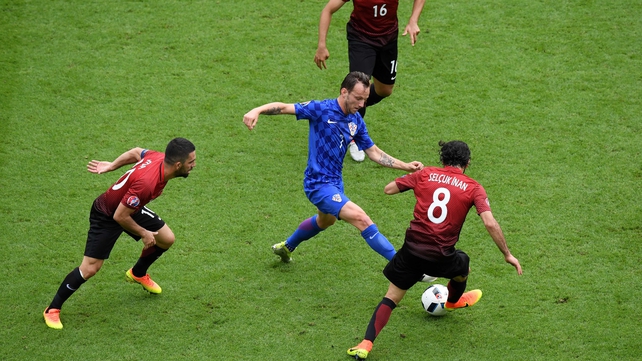 Mario Mandzukic had a goal-bound header blocked inside the six yard box before Turkey finally found a foothold in the game to stem the steady flow of Croatia attacks, even if they did not create a meaningful chance themselves.

Midway through the first half though Croatia looked threatening again. Ivan Perisic whipped in a cross from the left which Marcelo Brozovic got on the end of but the Inter Milan midfielder mis-timed his header and a good chance was wasted.

However, Turkey should have taken the lead as the half hour mark approached.

Gokhan Gonul put a fabulous cross into a dangerous area and Ozan Tufan, arriving in the six yard  box, powered a header straight into the midriff of goalkeeper Danijel Subasic, who dropped the ball on to the goal-line before smothering it at the second attempt.

It was a golden opportunity and it proved a costly miss as Modric volleyed Croatia ahead four minutes before half-time.

"We need Luka in this form because, when he is, the whole team looks different. It looks better and more aggressive.

Selcuk Inan hooked the ball out of his penalty area and it dropped around 25 yards from goal where Modric, under pressure from Hakan Calhanoglu, showed terrific technique to return a looping shot into the bottom corner of the net.

Calhanoglu sent a near-post header into the side-netting in first half injury time as Turkey sought a swift reply before Croatia captain Srna almost doubled his side's advantage at the start of the second half, with his free-kick from just outside the penalty area clipping the crossbar. 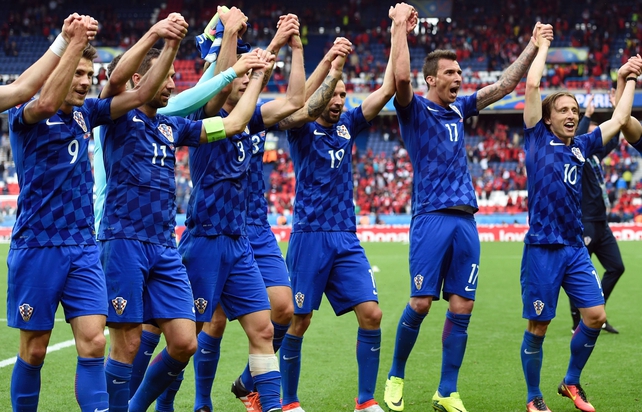 Srna should have made it 2-0 in the 54th minute when Turkey goalkeeper Volkan Babacan parried Perisic's cross into his path but the 34-year-old, with time and space just 10 yards out, dragged his shot wide with his weaker left foot.

Croatia kept knocking at the door and Brozovic was next to go close after an hour with a good piece of control and a volley from the right side of the penalty area which missed the far top corner by a foot or so.

Six minutes later Brozovic was inches away from getting on the end of another dangerous cross from Perisic as he slid in at the far post following some lovely build-up play from the Croatians.

The chances kept coming for Ante Cacic's team and in the 72nd minute Perisic glanced a header against the crossbar and Brozovic forced Babacan to help his header over shortly afterwards.

At the other end, Subasic had a rare piece of work to do, routinely plucking Caner Erkin's free-kick out of the air.

Normal service was resumed immediately as Babacan came out to block Perisic's flick but a single goal was enough for Croatia.

"Luka [Modric] deserves to be talked about - this was one of his best matches. He really played well, he was our leader. He scored this magic goal and it turned out to be the only one of the game.

"We need Luka in this form because, when he is, the whole team looks different. It looks better and more aggressive.

"I expected a very tough match - it was tough for us too but we stood up well. After we scored we held on to it well, we had more possession and chances to get more goals, but I have to be satisfied because it's really important to win the first game - it sets you up for the next two matches.

"We had chances. It's not easy to score more than once but we were unlucky. We hit the bar twice, [Ivan] Perisic had some opportunities but we didn't protect our lead - we showed the desire to score one or two more goals." 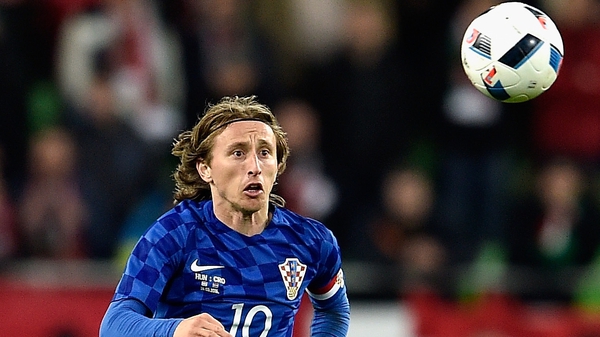