A squad of 19 athletes will form the Team Ireland contingent at the upcoming World Indoor Championships in Belgrade, Serbia.

The event, which runs from 18-20 March, will see Molly Scott, Phil Healy, Mark English, Israel Olatunde and Sarah Healy among the Irish representatives who will hope to carry recent strong form into the competition.

Scott also shone at the latter event at the Sport Ireland Campus in Dublin when she won the 60m with a record breaking 7.19 second effort.

Having set a new Under-23 national record in Birmingham a week earlier, Sarah Healy was also a winner in the 3000m that 27 February afternoon with a national Under-23 record.

English and Olatunde also triumphed in the men's 800m and 60m respectively, the latter in a blistering 6.62 championship record which secured the World Indoor standard.

Cillín Greene and Luke McCann, who won national men's 400m and 1500m gold respectively last month, are also part of Ireland's squad for Belgrade, as is Darragh McElhinney, who set a new U-23 national record of 3:39.63 in the 1500m at the World Indoor Tour in Belgrade on Monday night. 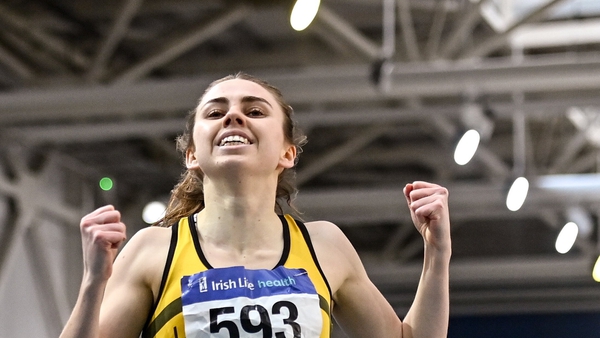