A senior Norwegian official has said "some co-operation" with Russia on fisheries is necessary due to their status as neighbouring countries, as a dispute has broken out between the EU, the UK and Norway over allegations that London and Oslo are siding with Moscow over fisheries in the north east Atlantic.

According to a number of sources the allegations flared up during a recent fisheries meeting in London, at which the European Commission accused Norway of aligning with an "aggressor" that was directly challenging EU interests.

It is understood the European Commission this week told member states that Norway and Russia have recently signed an agreement which obliges them to adopt joint positions in fisheries talks, often in direct opposition to the EU.

The controversy reflects growing tensions between the EU and Norway - and by extension the UK - over fisheries since the UK left the EU's Common Fisheries Policy (CFP).

Oslo's alleged closeness to Russia on fisheries has now raised the stakes further.

Internal EU correspondence reveals an increasing impatience with Norway over fisheries issues since 2017, with member states accusing Norway of trying to increase its access to EU waters while restricting EU vessels access to Norwegian waters.

At the same time, some EU member states believe that the UK has moved closer to Norway on fisheries post-Brexit, by extension compromising its hardline anti-Russian stance over the invasion of Ukraine.

This is strongly disputed by the UK.

It is understood that at a meeting of EU member state officials this week the European Commission told diplomats that Norway was holding up a political understanding with Brussels until the EU complied "with bilateral Norway-Russia agreements".

A briefing note indicated that the European Commission drew attention to the fact that the EU had "suspended all co-operation with Russia, including in fisheries" while Norway and the Faroe Islands had continued to co-operate with Moscow.

The controversy comes at a particularly sensitive time since the EU is increasingly dependent on Norwegian gas to offset the energy supplies that have been shut off from Russia.

The EU is also locked in bilateral negotiations with Norway over the sensitive issue of mackerel quotas.

Member states are divided over whether to push for stronger action against Norway. One member state official told the meeting this week that Norway's access to the single market should be made conditional on better fisheries co-operation.

Irish fishing organisations have also long complained about Norway seeking greater access to Irish waters, with Oslo also accused of unilaterally setting an excessively high quota on mackerel to compensate for the loss of access to UK waters post-Brexit.

Things appear to have come to a head at the end of a week-long meeting in London last month of the North East Atlantic Fisheries Commission (NEAFC), an international forum comprising the UK, Norway, Russia, the EU, the Faroe Islands and Greenland.

The body regulates fisheries in the north east Atlantic.

Since Brexit the UK attends NEAFC as an independent coastal state.

At the normally undramatic and technical gathering a dispute erupted when, according to EU officials, the UK unexpectedly backed a Norwegian proposal that has long been supported by Russia.

One official present said the meeting "went up in flames" over a technical measure related to shrimp fishing.

For several years Norway and Russia have been jointly attempting to ban the use of so-called shrimp collecting bags.

Their objections are on environmental grounds, but the EU argues it is a method of restricting EU fishing vessels from international waters.

Officials say that while Norway and Russia have traditionally proposed the ban jointly, this time it was put forward only by Norway. EU officials say, however, that to all intents and purposes it was a joint proposal.

The European Commission had lobbied Norway throughout the week to drop the move as it was not expected to garner sufficient support.

It is understood that during exchanges at the NEAFC meeting the commission accused Norway - a NATO member - of promoting Russian interests.

An internal note states "[the Commission] were quite strong in their condemnation of [Norway] for their co-operation with [Russia] during a time of war".

The European Commission is also understood to have complained that under a recent bilateral arrangement between Russian and Norway, Russian fisheries inspectors would be entitled to be placed on Norwegian patrol boats - and vice versa - meaning Russian inspectors could in theory board EU fishing vessels. 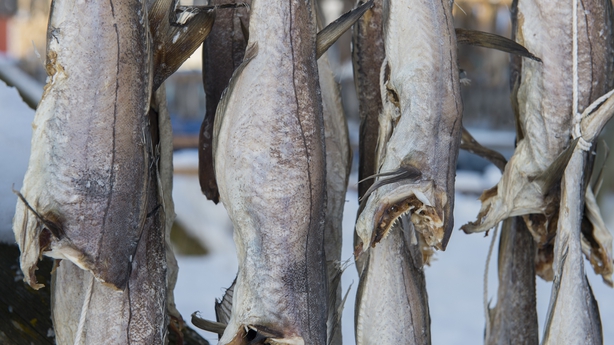 However, officials also expressed surprise when the UK voted in favour alongside Norway and Russia, and against the EU position, on the shrimp collecting bags.

"They voted against the EU on an issue they have no direct interest in," one EU official said. "They've never used the collecting bag, they don't participate in those fisheries."

The NEAFC flare up quickly took on a political tone.

The commission is understood to have raised the matter with both the UK ambassador to the EU, Lindsay Appleby, and the Norwegian ambassador Rolf Einar Fife.

The EU ambassador to the UK Pedro Serrano was due to contact the FCDO in London about the issue, according to officials. Norwegian embassies in the EU are also said to have been raising the controversy at political level.

London has rejected any notion that Britain had sided with Russia in the talks.

"The UK supported several proposals during the talks to help manage stocks sustainably in the North East Atlantic, but offered no support for Russia whatsoever," a UK spokesperson told RTÉ News.

London has argued that it had appraised the EU weeks beforehand of its intentions to support the Norwegian proposal, pointing out that it has banned the use of shrimp collecting bags in its own waters.

However, the ban on shrimp collecting bags only came into effect in January of this year.

The suspicion among some EU officials is that the UK has come closer to the Norwegian - and by extension the Russian - position in order to win favourable access to Norwegian waters, especially around the Norwegian island of Svalbard.

The UK strongly denies this.

Last December the UK and Norway signed an agreement allocating 6.5 million kilograms of Svalbard cod to the UK in exchange for Norwegian vessels gaining fish quota in the North Sea.

The deal allows the UK to catch seven million kgs of cod in the Arctic worth some £16m.

According to an internal EU note, the UK, Norway and Denmark (on behalf of the Faroes and Greenland) abstained or voted against the EU position and/or in favour of the Russian position on six technical issues at the NEAFC meeting.

The UK has argued that just because it votes on the same side as Russia does not mean it is aligning with Russian issues, pointing out that it voted with the EU on a number of proposals during the week long meeting in London.

However, anger over Norway's alleged closeness to Russia in particular is growing in Brussels.

According to one internal EU note, the recent Norway-Russia agreement on fisheries management contained a clause "that obliges the two parties to vote against the EU".

It is understood that member states were asked by the commission to escalate the issue to foreign affairs level.

According to one EU member state delegate who attended the NEAFC talks in London: "They have agreed between themselves - and actually have it in writing - that they will work together with the purpose of banning the [shrimp] collecting bag.

"The EU pointed out [at the NEAFC meeting] that this is not okay. [The commission was suggesting] that Norway was a contracting party which is directly collaborating with an aggressor, directly against EU interests and that this is no longer only a fisheries related issue."

In a statement to RTÉ News Norway's State Secretary for fisheries Vidar Ulriksen said Norway co-operated bilaterally with Russia for almost 50 years on sustainable fishing in the Norwegian and Barents seas, but following the invasion of Ukraine had frozen most bilateral contact with Russia.

"Our geography calls for some co-operation due to our status as a neighboring country. This includes search and rescue at sea, coastal and border communication and management of shared fish stocks within the Joint Norwegian-Russian Fisheries Commission," he said

Mr Ulriksen said the use of collecting bags in the shrimp fishery increased the amount of by-catches of non-targeted, undersized and juvenile species, that are not accounted for in the individual states’ quota and thus contribute to unsustainable harvest of these stocks

He said the exchange of Russian and Norwegian inspectors had been a part of the joint management of shared fish stocks under the Joint Norwegian-Russian Fisheries Commission for decades.

"No Russian inspectors have been on board EU vessels in waters under Norwegian jurisdiction since Russia’s invasion of Ukraine," he said. 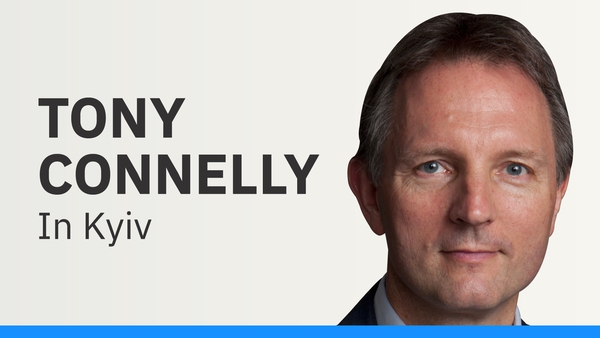