Politicians are meant to kiss babies, not crash into children.

But on the campaign trail this morning, Prime Minister Scott Morrison barrelled into a young boy during a friendly kickaround, eliciting a chorus of stunned "ooohs" and "aaaws" from spectators.

Mr Morrison was playing five-a-side football in northern Tasmania, where he is trawling for votes ahead of Saturday's nail-biter election.

At first, Mr Morrison, shorn of his jacket, but still sporting a shirt and tie, sauntered around the field somewhat aimlessly, trying to get a toe on the ball here and there as it moved from boy to boy. 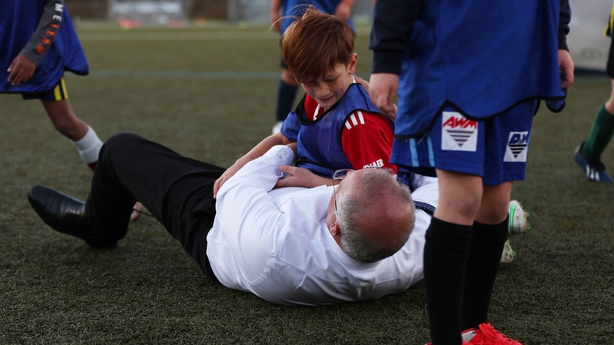 But then the 54-year-old stepped it up a gear, hunting down a cross-field pass that threatened the opposition's pop-up mini-goal.

Mr Morrison, who recently described himself as "a bit of a bulldozer", lowered his head and torso like a veteran sprinter ready to burst out of the blocks and propelled himself forward to intercept the pass.

Unfortunately, a small red-haired boy about two-thirds of Morrison's size was in the way. 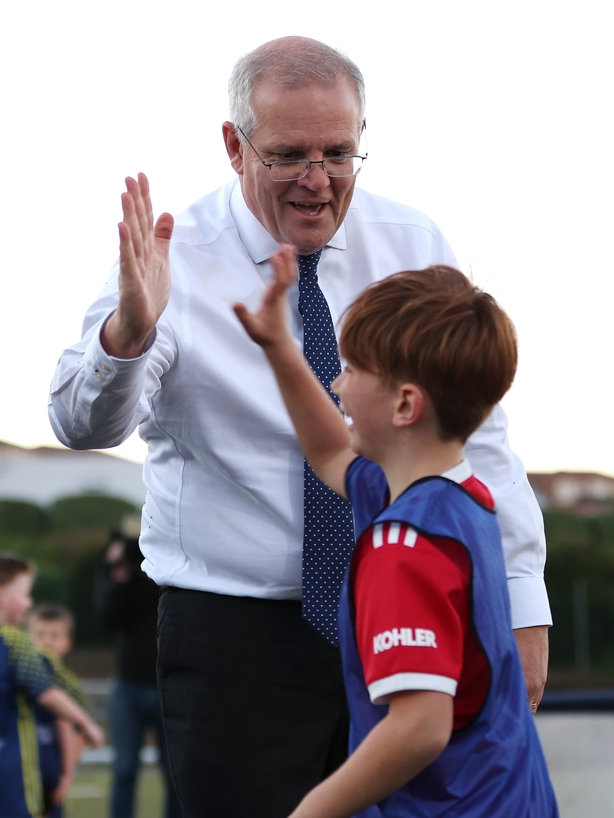 One commentator called the move "doing a BoJo", a reference to British Prime Minister Boris Johnson's similar escapades during a friendly rugby match. 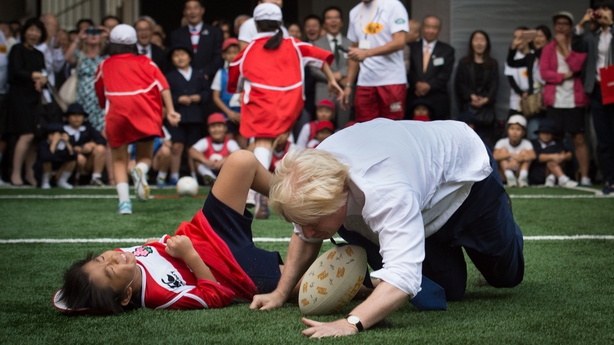 Realising what he had done, Mr Morrison threw his arms around the kid in a hug and lifted him off the ground, as a coach sprinted across for an impromptu Head Injury Assessment and photographers switched to rapid-fire.

Mr Morrison's teammates played on, taking advantage of the man -- and boy -- down to drill the ball into the top right corner.

The shocked interjections turned to muffled laughs as the youngster dusted himself off and Mr Morrison sheepishly rose to his feet.