The Taliban have told airlines in Afghanistan that women cannot board domestic or international flights without a male chaperone, sources have said.

The move comes after the Taliban backtracked on their previous commitment to open secondary schools to girls, a u-turn that shocked many Afghans and drew condemnation from humanitarian agencies and foreign governments.

The United States on Friday cancelled planned meetings with Taliban officials on key economic issues due to its decision on Wednesday.

The sources, who are not being named for security reasons, told Reuters that the Ministry for the Propagation of Virtue and the Prevention of Vice sent airlines a letter yesterday informing of them of the new restrictions.

They added that unaccompanied women who had already booked tickets would be allowed to travel today and tomorrow.

Some women with tickets had been turned away at Kabul's airport yesterday, they said.

Spokespeople for the Ministry for the Propagation of Virtue and the Prevention of Vice and the Ministry of Culture and Information did not immediately respond to request for comment.

A Taliban administration spokesman had previously said that women travelling abroad for study should be accompanied by a male relative.

Inside Afghanistan:
Girls want education as a right
Women noticeably absent from society
Inside the Taliban's Afghanistan

The Taliban say they have changed since their previous rule from 1996 to 2001 in which they barred women from education, work or leaving the house without a male relative.

They say they are allowing women their rights in accordance with Islamic law and Afghan culture.

However, the closure of high schools along with some restrictions on women in work and the requirement that women have a chaperone for long-distance travel has drawn criticism from many Afghan women and rights groups. 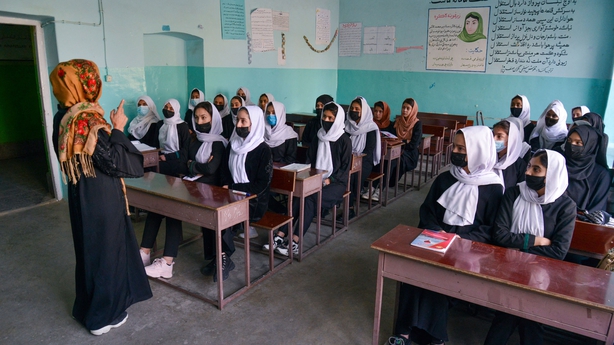 It was not immediately clear whether the restrictions on air travel would allow any exemptions, for example in emergencies or for women with no living male relatives in the country and whether it applied to foreigners or women with dual citizenship.

The international community has so far not officially recognised the Taliban administration and enforcement of sanctions has crippled the country's banking sector which combined with slashed development funding has plunged the country into a humanitarian crisis.