France's biggest trial in modern history has opened in Paris over the November 2015 attacks that saw 130 people killed.

Twenty suspects are charged for the suicide bombing and gun assaults, which was the worst post-war atrocity on French territory.

Three teams of jihadists carried out the attacks on bars, restaurants and the Bataclan music venue after being planned in Syria.

They were later claimed by the Islamic State group.

The only surviving attacker, Salah Abdeslam, was present with 13 other defendants as the trial began under tight security at a purpose-built facility at the historic court of justice on the Île de la Cité in central Paris.

The 31-year-old told the court "there is no god but Allah" as he was asked to identify himself at the trial.

Six others are being tried in absentia. Twelve of the 20 people on trial, including Mr Abdeslam, face life sentences if convicted.

"We are entering the unknown," said Arthur Denouveaux, a survivor of the Bataclan music venue attack and president of Life for Paris, a victims' association.

"We're eager for it to start but we're wondering how it's going to go over the next nine months," he said. 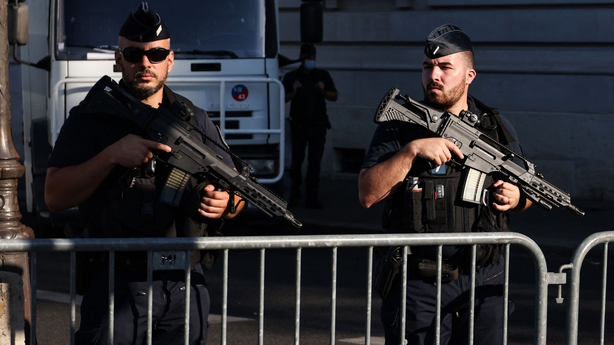 The trial will last until May 2022 with 145 days of scheduled hearings involving about 330 lawyers, 300 victims and testimony from former president Francois Hollande in November.

"These events are seared into our collective memory," Justice Minister Eric Dupont-Moretti said, vowing that the trial would rise to the challenge.

He described the trial as "historic" and "one of all superlatives" as he inspected the courtroom.

Mr Abdeslam, who was born in Belgium but has French and Moroccan nationality, fled the scene of the carnage after abandoning his suicide belt, which investigators later found to be defective.

He was captured four months later in Brussels, hiding in a building close to his family home.

Mr Abdeslam has refused to cooperate with the French investigation and remained largely silent throughout a separate trial in Belgium in 2018.

Doubts remain over whether he will speak at his scheduled testimony, set for mid-January.

Before the trial opened, he was seen in conversation with his lawyers Olivia Ronen and Martin Vettes.

Under the tightest security, Mr Abdeslam was taken in a convoy from the Fleury-Merogis prison outside Paris to attend the trial. 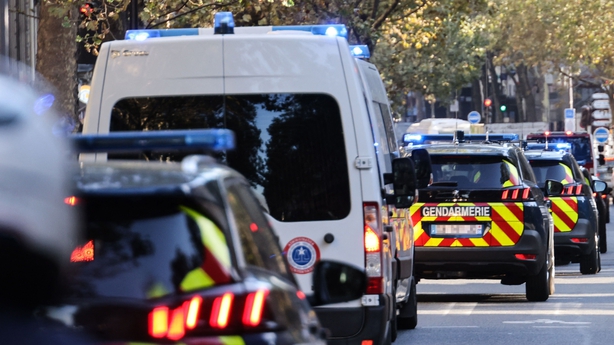 The trial will scrutinise how a squad of killers managed to enter France undetected, allegedly using the flow of migrants from Islamic State-controlled regions of Syria as cover.

Fourteen of the accused, who face charges ranging from providing logistical support to planning the attacks as well as weapons offences, are expected to be present in court.

They include Osama Krayem, a Swede who Belgian investigators have identified as one of the killers of a Jordanian pilot burnt alive in a cage by IS in early 2015 in Syria. He is also under investigation in Sweden for war crimes.

The alleged coordinator, Belgian national Abdelhamid Abaaoud, was killed by French police northeast of Paris five days after the attacks.

Of the six tried in absentia, five are presumed dead, mainly in air strikes in Syria.

Late on the night of Friday 13 November 2015, jihadists detonated suicide belts outside the Stade de France stadium, killing one person.

Mr Hollande was in the crowd watching France play a football match against Germany.

A group of Islamist gunmen, including Mr Abdeslam's brother Brahim, later opened fire from a car on half a dozen restaurants in the trendy 10th and 11th arrondissements of the capital, which were packed with people.

The massacre culminated at the Bataclan music venue. Three jihadists stormed in during a performance, killing a total of 90 people.

While the trial's initial phase will be devoted to procedural issues, testimony from some 300 survivors and relatives of victims begins on 28 September and is due to continue for five weeks.