Taliban and resistance forces are continuing to fight for control of the Panjshir Valley north of Kabul, the last Afghan province holding out against the Islamist group, with both sides claiming to have the upper hand without producing conclusive evidence.

The Taliban, which took power in the rest of the country three weeks ago, were never able to control the valley when they last ruled Afghanistan, from 1996 to 2001.

Taliban spokesman Bilal Karimi said the districts of Khinj and Unabah had been taken, giving Taliban forces control of four of the province's seven districts. "The Mujahideen (Taliban fighters) are advancing toward the centre (of the province)," he said on Twitter.

But the National Resistance Front of Afghanistan, grouping forces loyal to local leader Ahmad Massoud, said it surrounded "thousands of terrorists" in Khawak pass and the Taliban had abandoned vehicles and equipment in the Dashte Rewak area. 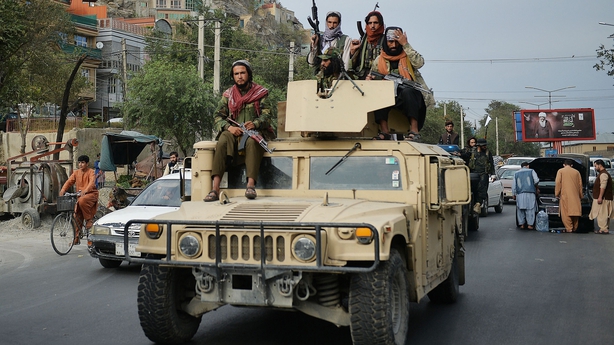 In a Facebook post, Mr Massoud insisted Panjshir "continues to stand strongly". Praising "our honourable sisters", he said demonstrations by women in the western city of Herat calling for their rights showed Afghans had not given up demands for justice and "they fear no threats".

Earlier, a Taliban source said the Taliban's advance was slowed by landmines placed on the road to the provincial capital, Bazarak.

It was not immediately possible to get independent confirmation of events in Panjshir, which is walled off by mountains except for a narrow entrance.

Celebratory gunfire resounded in Kabul on Friday as reports spread of the Taliban's takeover of Panjshir, and news agencies said at least 17 people were killed and 41 hurt in the firing.

Pakistan's spy chief Lieutenant General Faiz Hameed flew into Kabul today. It was not clear what his agenda was, but a senior official in Pakistan said earlier in the week that Hameed, who heads the powerful Inter-Services Intelligence (ISI) agency, could help the Taliban reorganise the Afghan military.

Washington has accused Pakistan and the ISI of backing the Taliban in the group's two-decade fight against the US-backed government in Kabul, although Islamabad has denied the charges. 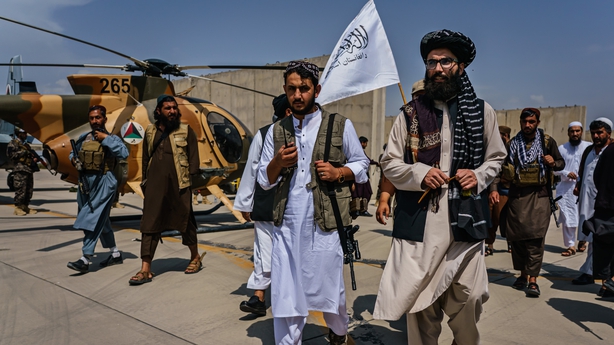 In Kabul, Taliban fighters broke up a demonstration by about a dozen women urging the group to respect women's rights to education and jobs, according private broadcaster Tolo news.

Footage showed women confronted by armed militants covering their mouths and coughing, and one demonstrator said the fighters had used tear gas and tasers against the participants, who had been carrying banners and a bouquet of flowers.

"They also hit women on the head with a gun magazine, and the women became bloody," said a demonstrator who gave her name as Soraya.

The Taliban imposed violent punishments and barred women and older girls from school and work when they were previously in power, but have sought to present a more moderate face this time. 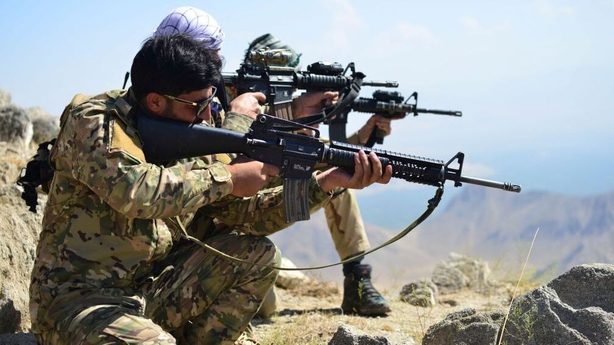 The Taliban source also said the announcement of a new government would be pushed back the next week.

Taliban co-founder Mullah Abdul Ghani Baradar, reported by some Taliban sources to be in line to lead the new government, said in remarks on Qatar's Al Jazeera channel that the new administration "will include all factions of the Afghan people".

"We are doing our utmost efforts to improve their living conditions. The government will provide security, because it is necessary for economic development," he said.

Meanwhile, some signs of normality returned to Kabul.

Qatar's ambassador to Afghanistan said a technical team was able to reopen Kabul airport to receive aid, according to Al Jazeera, which also cited its correspondent as saying domestic flights had restarted. 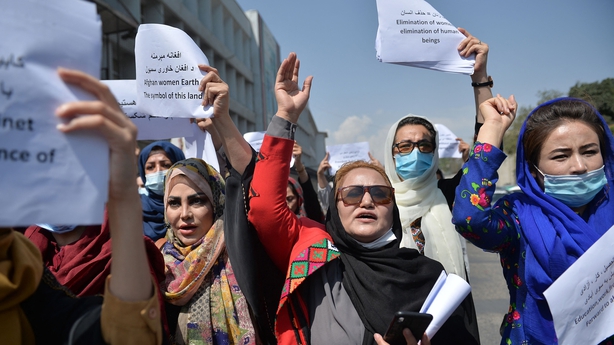 The airport has been closed since the United States completed the evacuations of more than 120,000 US citizens, other foreigners and Afghans deemed at risk from the Taliban, and withdrew the last of its troops on 30 August.

The Taliban's main spokesman, Zabihullah Mujahid, also said one of the main foreign exchange dealers in Kabul had reopened.

Afghanistan's economy has been thrown into disarray by the Taliban's takeover. Many banks are closed and cash is scarce.

Western powers say they are prepared to engage with the Taliban and send humanitarian aid, but that formal recognition of the government and broader economic assistance will depend on action - not just promises - to safeguard human rights.