Ten members of one family living in a suburb of Kabul died in an air strike launched by the US, according to a relative of the deceased.

Ezmarai Ahmadi returned home from work yesterday evening and pulled his car into the driveway of a modest house in Kwaja Burga, a densely populated neighbourhood in the northwest of the Afghan capital.

The usual gaggle of squealing children were waiting to greet him - his sons and daughters, and a slew of nieces and nephews.

He handed the keys to his eldest son to park and youngsters piled into the vehicle while Ezmarai watched from the side.

Then out of the blue Afghan sky, a missile came screeching down - striking the car with a terrible force and obliterating the lives of 10 people in an instant.

The United States said it had destroyed an explosive-laden vehicle in an air strike, thwarting a bid by the Islamic State to detonate a car bomb at Kabul airport.

Today, it looked as if they could have made a terrible mistake. 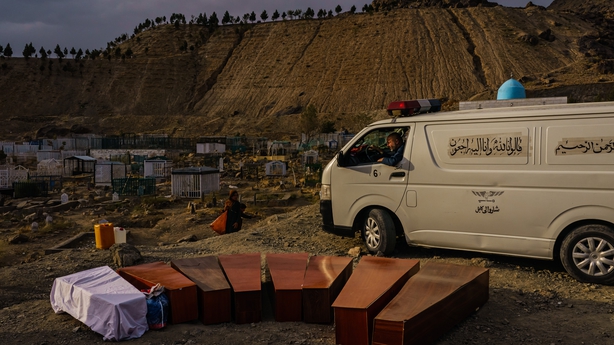 "The rocket came and hit the car full of kids inside our house," said Aimal Ahmadi, Ezmarai's brother. "It killed all of them."

Aimal said 10 members of the family died in the air strike - including his own daughter and five other children.

When AFP visited the scene of the strike, Aimal was impatiently waiting for other relatives to arrive to help him organise burials for most of his family.

"My brother and his four children were killed. I lost my small daughter.. nephews and nieces," he said disconsolately.

"We are aware of reports of civilian casualties following our strike on a vehicle in Kabul," Captain Bill Urban, a US military spokesman, said in a statement.

The words rang hollow for Aimal, who can scarcely believe his brother could be mistaken for an Islamic State sympathiser, let alone an operative planning a deadly car bomb attack. 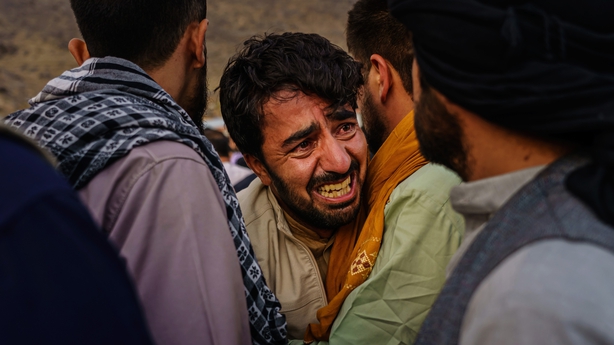 Ezmarai was an engineer working with a non-governmental organisation - an ordinary Afghan trying to make ends meet in a turbulent time.

"We are still assessing the results of this strike, which we know disrupted an imminent ISIS-K threat to the airport," Captain Urban said, using an acronym for the Afghan branch of the Islamic State group.

"It is unclear what may have happened, and we are investigating further."
When locals heard the blast in the neighbourhood, they swiftly came to see what help they could offer.

"All the children were killed inside the car, the adults were killed just outside. The car was on fire - we could hardly find body parts," said one, named Sabir.

"We would be deeply saddened by any potential loss of innocent life," the US spokesman said in the statement.

But the words rang hollow for another neighbour, Rashid Noori.

"The Taliban kill us, IS kill us and the Americans kill us," he said. "Do they all think our children are terrorists?"