The Taliban must decide whether it wants to be recognised by the international community, US President Joe Biden has said in an ABC interview, adding that he did not think the group had changed its fundamental beliefs.

Asked if he thought the Taliban had changed in the 20 years since it was last in power, Mr Biden told ABC News: "No."

"I think they're going through a sort of existential crisis about: Do they want to be recognised by the international community as being a legitimate government? I'm not sure they do," he said, adding that the group appeared more committed to its beliefs.

But, he added, the Taliban also had to grapple with whether it could provide for Afghans.

He also said that it would take economic and diplomatic pressure - not military force - to ensure women's rights.

Meanwhile, around 7,000 people fleeing the Taliban takeover of Afghanistan have been airlifted out of the country by the United States, according to a top US general.

"Since the start of evacuation operations on August 14th, we have airlifted approximately 7,000 total evacuees," Major General William Taylor told a Pentagon briefing.

Since the end of last month, "the cumulative number of people moved out of Afghanistan is somewhere near 12,000," he added.

Maj Gen Taylor also said that armed US fighter jets have flown over Kabul to ensure security for the operation.

He said the military has more than 5,200 troops at the city's airport to guard the evacuation. 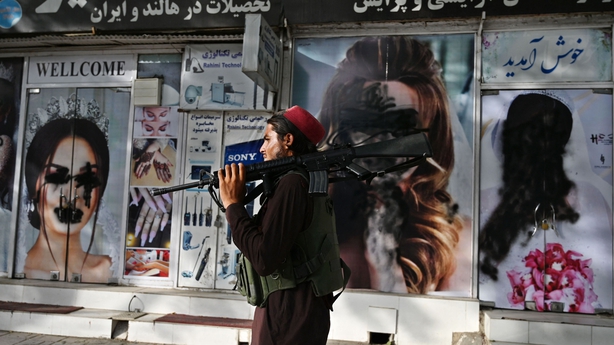 It comes as several people have been killed in the Afghan city of Asadabad when Taliban fighters fired on people waving the national flag at an Independence Day rally, a witness said, a day after three people were killed in a similar protest.

The demonstrations by people waving the Afghan flag, in some cases after tearing down white Taliban flags according to media, are the first signs of popular opposition to the Taliban since its advance across the country and capture of the capital, Kabul, on Sunday.

It was unclear if the casualties in Asadabad resulted from the firing or from the stampede that it triggered, witness Mohammed Salim said from the eastern city, the capital of Kunar province.

"Hundreds of people came out on the streets," Mr Salim said. "At first I was scared and didn't want to go but when I saw one of my neighbours joined in I took out the flag I have at home."

"Several people were killed and injured in the stampede and firing by the Taliban."

A Taliban spokesman said they cannot be blamed for the deaths caused at Kabul airport.

There were also protests but no reports of serious violence in the eastern city of Jalalabad and a district of Paktia province, media reported.

Afghanistan celebrates its 1919 independence from British control on 19 August.

Media reported similar scenes in Asadabad and another eastern city, Khost, with protesters in some places tearing down the white Islamic banner of the Taliban.

First Vice President Amrullah Saleh, who is trying to rally opposition to the Taliban, expressed support for the protests.

"Salute those who carry the national flag and thus stand for dignity of the nation," he said on Twitter.

Mr Saleh said on Tuesday he was in Afghanistan and the "legitimate caretaker president" after President Ashraf Ghani fled as the Taliban took Kabul.

Meanwhile, Russia has said armed resistance to the Taliban is forming in Afghanistan's Panjshir Valley, led by Mr Saleh and Ahmad Massoud, the son of a dead anti-Taliban fighter.

"There are reports of the situation in the Panjshir Valley where the resistance of Afghanistan's vice president Mr Saleh and Ahmad Massoud is concentrated," he said. 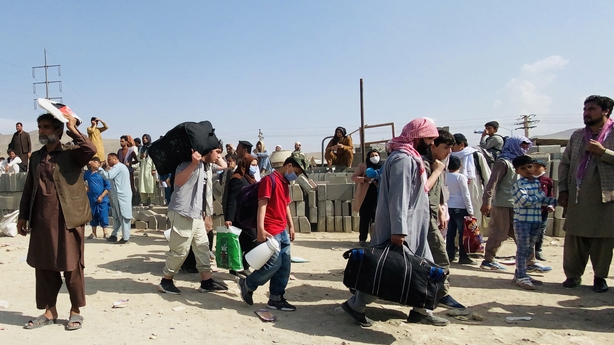 The crackdown on protests will raise new doubts about Taliban assurances they have changed since their 1996-2001 rule when they severely restricted women, staged public executions and blew up ancient Buddhist statues.

They now say they want peace, will not take revenge against old enemies and would respect the rights of women within the framework of Islamic law.

While Kabul has been generally calm since Taliban forces entered on Sunday, the airport has been in chaos as people rushed for a way out of the country.

He urged people who do not have the legal right to travel to go home.

"We don't want to hurt anyone at the airport," said the Taliban official, who declined to be identified. 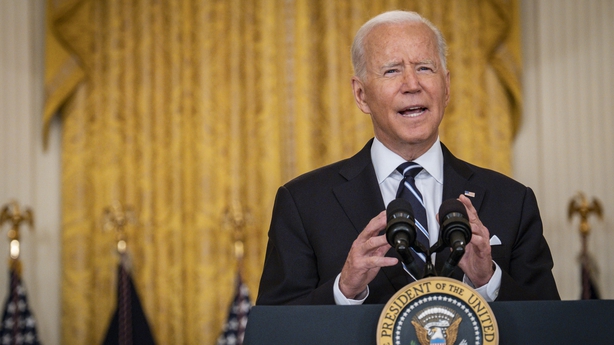 The US and other Western powers pressed on with the evacuation of their nationals and some of their Afghan staff from the capital's airport, from where about 8,000 people have been flown out since Sunday, a Western security official said.

Under a pact negotiated last year by former President Donald Trump's administration, the US agreed to withdraw its forces in exchange for a Taliban guarantee they would not let Afghanistan be used to launch terrorist attacks.

The Taliban also agreed not to attack foreign forces as they left.

US President Joe Biden said US forces would remain until the evacuation of Americans was finished, even if that meant staying past a 31 August deadline for withdrawal. 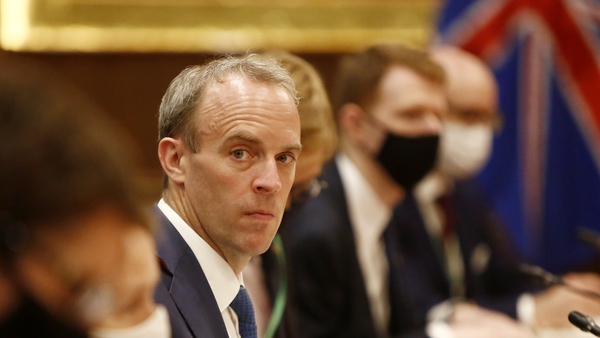