A new law in Hungary banning the "promotion" of homosexuality among minors has sparked widespread outcry - dominating Euro 2020 with a rainbow row and overshadowing today's EU summit on in Brussels.

Here are five things to know about the controversial law passed last week:

What does the law say?

The "Anti-Paedophilia Act" was originally aimed at toughening punishments for child abuse.

But its final draft contains amendments that critics say conflate paedophilia with homosexuality.

The law bans the "promotion of homosexuality" to under-18s, and says that only government-approved instructors are allowed to teach sex education in schools.

Firms cannot run ads showing support for homosexuals if they are seen as targeting minors, according to the law.

Teachers and publishers have said they are concerned that classic literature books may be taken off school curricula if they are seen as breaking the law.

And broadcasters fear they could be barred from showing movies in the daytime if they feature gay characters or even show a rainbow flag. 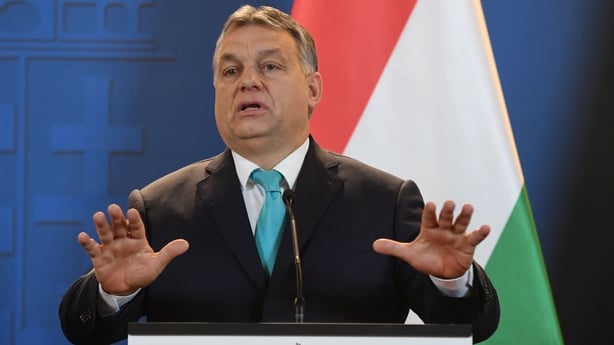 It is likely to come into force next month, and it is not clear what punishments could be meted out for breaking the law.

EU response
Critics say the law is even harsher than Russia's 2013 ban on gay propaganda.

Leaders from 17 EU countries, including Ireland, have signed a joint statement slamming the law, while EU chief Ursula von der Leyen said the law was "shameful".

Some analysts say Mr Orban's targeting of the LGBT community mirrors his long-running anti-migration agenda and is an effort to shore up his socially conservative voter base ahead of an election next year.

The row also crossed into the sporting world this week when UEFA refused to allow the Euro 2020 football tournament venue in Munich to be floodlit in rainbow colours to protest the law.

UEFA drew criticism from LGBT groups for claiming that as a "neutral" organisation it was obliged to decline a "political" request. 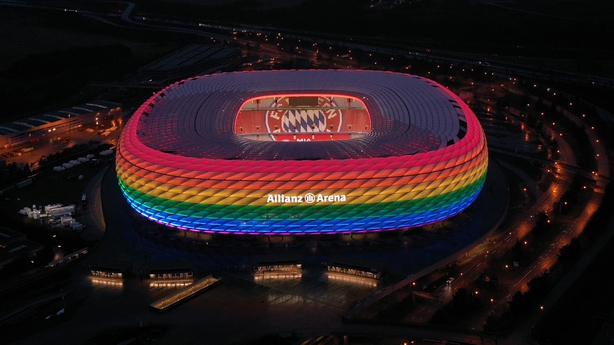 The latest legislation is seen as part of Mr Orban's project to reshape Hungary into a so-called illiberal country since he took power in 2010.

In December, parliament approved an effective ban on adoption by gay couples, while a year ago, a ban on legally changing one's gender came into force.

The legislative wave has been accompanied by rising anti-gay sentiment, notably in government-controlled media.

In 2019, a Coca-Cola advertising campaign featuring smiling gay couples and anti-discrimination slogans prompted some prominent members of Fidesz to call for a boycott of the company's products.