The BBC has defended its coverage of the Duke of Edinburgh's funeral after being hit with complaints.

The corporation devoted almost four hours to the event on 17 April, led by broadcaster Huw Edwards, which was watched by an average of almost seven million people.

He was joined by guests including David Attenborough, Gyles Brandreth and Alan Titchmarsh to share memories of Prince Philip, who died on 9 April at the age of 99.

The BBC noted on its website that it had received complaints but said it does not make changes to its schedule without "careful consideration".

In its response, the broadcaster said: "The funeral of HRH The Prince Philip, Duke of Edinburgh, was a significant event which generated a lot of interest both nationally and internationally.

"We acknowledge some viewers were unhappy with the level of coverage given, and impact this had on the billed BBC One schedule.

"We do not make such changes without careful consideration, and the decisions made reflect the role the BBC plays as the national broadcaster during moments of national significance.

"We are grateful for all feedback, and we always listen to the response from our audiences." 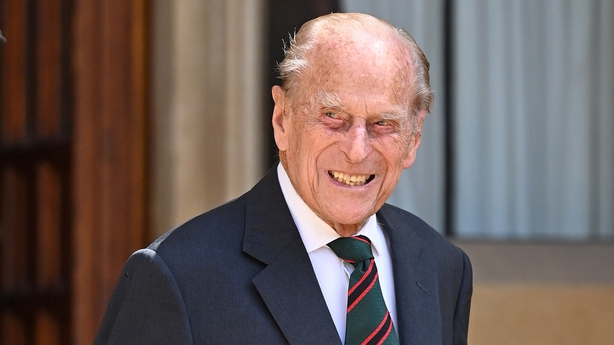 The BBC received 110,000 complaints about its coverage on the day of the duke's death, after it cleared its schedules and put mirrored coverage on BBC One, BBC Two and its news channel.

It was the highest number of complaints ever published in the UK about television programming and made coverage of Philip's death the most complained-about piece of programming in BBC history.

BBC Two did not air coverage of the funeral, instead showing the Snooker World Championship. The funeral was shown on the BBC News Channel.