The BBC's coverage of the death of the Duke of Edinburgh has drawn 110,000 complaints, the highest number ever published in the UK about television programming.

Philip died at Windsor Castle on Friday at the age of 99, prompting the corporation to clear its schedules across both BBC One and BBC Two to run a series of mirrored special programmes.

The coverage also took over the news channel and BBC radio stations.

According to the BBC's fortnightly complaints bulletin, some 104,010 people complained about the coverage within the first three days.

The BBC said in a statement: "The passing of HRH The Prince Philip, Duke of Edinburgh was a significant event which generated a lot of interest both nationally and internationally.

"We acknowledge some viewers were unhappy with the level of coverage given and impact this had on the billed TV and radio schedules.

"We do not make such changes without careful consideration and the decisions made reflect the role the BBC plays as the national broadcaster during moments of national significance.

"We are grateful for all feedback and we always listen to the response from our audiences."

The number is believed to be a record for complaints in British television history.

Some 63,000 people complained about the BBC's screening of Jerry Springer: The Musical in 2005.

After the duke's death on Friday, viewers tuning into BBC Four were greeted with a message urging them to switch over for a "major news report", while BBC Radio 4 and BBC Radio 5 Live also aired programmes about the duke.

The rolling news coverage meant the final of MasterChef was postponed and EastEnders was also delayed.

The broadcaster set up a dedicated webpage for viewers to lodge their dissatisfaction at its coverage after it cleared its schedules to cover Philip's death.

The BBC also received complaints from viewers about the inclusion of the Duke of York in its coverage despite his association with the convicted sex offender Jeffrey Epstein.

Prince Andrew stepped down from royal duties over his friendship with the late financier in 2019.

The BBC said: "All of Prince Philip's children gave a tribute to their father following his passing, which we have covered in our news programming.

"We have fully reported on the allegations against Prince Andrew and we have also made it clear that he has not been charged with any crime. We consider we have appropriately covered his comments."

In March, Piers Morgan's comments on Good Morning Britain about the Duchess of Sussex's interview with Oprah Winfrey drew a record number of complaints for TV regulator Ofcom.

Episodes of the ITV breakfast show on 8 and 9 March sparked more than 57,000 complaints.

It later emerged that Meghan had also made a formal complaint to the watchdog about the TV host after he dismissed her account of suffering suicidal thoughts and experiencing racism at the hands of the royal family.

The BBC is to mark the funeral of the Duke of Edinburgh with a series of special programmes.

Huw Edwards will lead nearly six hours of coverage broadcast from Windsor across three programmes on Friday and Saturday.

On Friday on BBC One, Edwards will present HRH The Duke of Edinburgh Remembered live from Windsor Castle at 7pm, where he will interview people set to play a key role in the funeral service and ceremonial procession.

On Saturday, the day of the funeral, Edwards will present live coverage of the events at Windsor from 12.30pm. 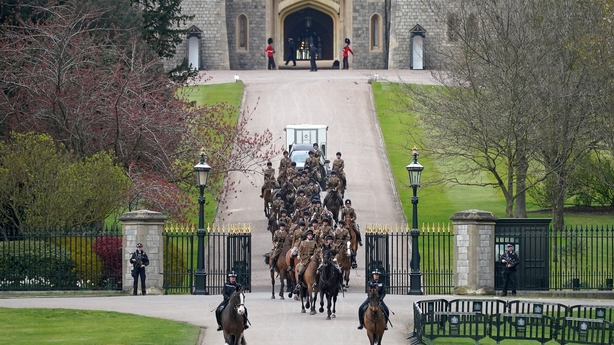 He will be joined by broadcaster Sophie Raworth and TV presenter and former Royal Marine JJ Chalmers throughout the afternoon.

On Saturday evening from 8.10pm, Edwards will then reflect on the day's events at Windsor Castle.

There will also be coverage of the funeral on Saturday from 2pm to 4.10pm on Radio 4 and Radio 5 Live, as well as on the broadcaster's local stations.

ITV News previously announced it will cover the funeral on Saturday with Prince Philip - A Royal Funeral, which will be presented by Tom Bradby and Julie Etchingham from Windsor.

A maximum of 30 people can attend the funeral because of coronavirus restrictions and social distancing will be in place.

Meanwhile, it has been reported that the royals will all to wear civilian clothing at Prince Philip's funeral to avoid awkwardness over which princes are entitled to military uniform.

Queen Elizabeth II is understood to have decided that all the royals will wear civilian clothing, according to several media reports.

Harry, the Duke of Sussex, was stripped of his military titles after stepping away from senior royal duties and moving to California with his wife, Meghan. 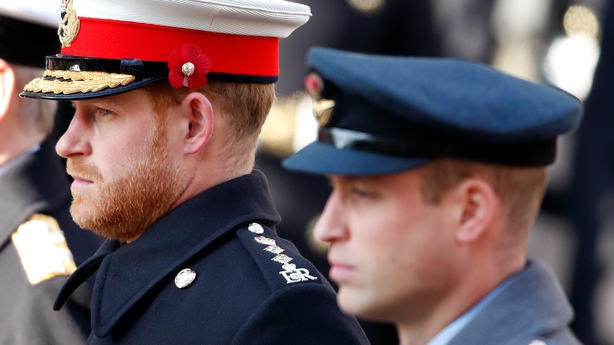 While Harry, the Queen's grandson, did two tours of duty in Afghanistan, he is only allowed to wear a suit with service medals.

Another potential row comes in the shape of Prince Andrew, a former Royal Navy helicopter pilot who saw action in the 1982 Falklands War.

He was set to take the honorary rank of admiral for his 60th birthday, but the appointment was put on hold.

The Sun reported there would have been "serious displeasure" in the Navy had he gone ahead with the uniform plan.