"We've already said that we will not heed patronising statements of this sort. We will not do it," Kremlin spokesman Dmitry Peskov told reporters.

"This is very aggressive and unconstructive rhetoric."

President Vladimir Putin's spokesman acknowledged a "huge amount of differences and different approaches to key issues" but he also indicated that Moscow wanted to continue cooperation with Washington under Biden.

"We expect to see Americans' political will to continue cooperation where this serves our interests," he said.

He said the United States would no longer be "rolling over in the face of Russia's aggressive actions" and demanded the release of Putin's jailed critic Mr Navalny who this week was sentenced to nearly three years in prison on old embezzlement charges.

Mr Biden said there were areas where he was willing to work with the Kremlin, notably the New START treaty on curbing nuclear weapons, which the two countries extended for five years this week. 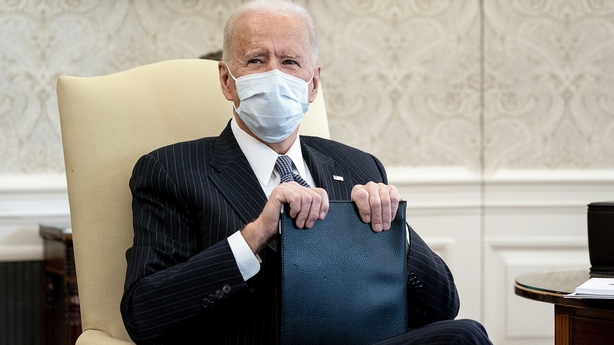 Meanwhile, Yemen's warring factions declared their readiness to act after Joe Biden called for renewed efforts to end their conflict, but experts said today that a real solution appears out of reach.

The grinding six-year war in Yemen has killed tens of thousands and displaced millions, triggering what the United Nations calls the world's worst humanitarian disaster.

In his first major foreign policy speech since replacing Donald Trump last month, Mr Biden appointed an envoy to push for peace and said the US would end all support for Saudi Arabia's war in Yemen.

"This war has to end," Biden said.

"To underscore our commitment, we are ending all American support for offensive operations in the war in Yemen, including relevant arm sales."

Yemen's internationally recognised government, which is backed by a Saudi-led military coalition, welcomed his remarks and stressed the "importance of supporting diplomatic efforts to resolve the crisis".

It hailed Timothy Lenderking's appointment as US envoy, describing it as "another important step" taken by the US to "end the war caused by the Iran-backed Houthis".

The Huthi rebels, who control much of the country, including the capital Sanaa, said they supported the approach of the new US administration.

"The real proof to achieve peace in Yemen is an end to the aggression and a lifting of the blockade," Houthi spokesman Mohamed Abdel Salam in a tweet.

"Yemen's missiles are for the defence of Yemen and stopping them comes when an end to the aggression and a lifting of the blockade are totally achieved," he added.

Saudi Arabia reacted by reasserting its commitment to a political solution in Yemen.

The kingdom also welcomed Biden's "commitment to cooperate with the kingdom to defend its sovereignty and counter threats against it," according to the official Saudi Press Agency.

But like the Yemeni government, it did not address Biden's decision to end military support to the war in Yemen. 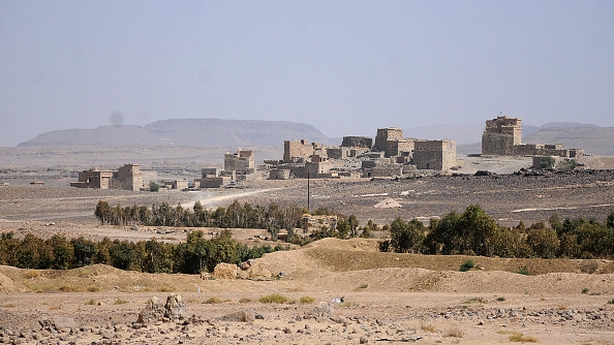 'Talk to the Iranians'

Saudi Arabia, which has led a military intervention against the Houthis since 2015, has come under repeated missile or drone attacks from the Shi'ite rebels.

It has repeatedly accused regional rival Iran of supplying sophisticated weapons to the Huthis, a charge Tehran denies.

Mr Trump - who argued arms sales were creating US defence jobs - viewed the war as a way to hit back at Iran, America's sworn enemy.

US Secretary of State Antony Blinken also said he would revisit Trump's last-minute designation of the Houthis as a terrorist group.

"We look forward to working with our friends in the US to end conflicts and confront challenges, as we have for over seven decades," he tweeted.

But for Yemenis, talk of a solution is very far from their reality.

"The war won't end; no one wants it to end. This is just propaganda," said Huda Ibrahim, a 38-year-old housewife from the port city of Hodeida.

"I'm not optimistic and I don't believe anything about ending the war. How will it end when clashes don't stop even for one night," she told AFP.

Analysts have also cast doubt on the likelihood of a breakthrough.

"Biden's announcement that he will end US support for offensive Saudi military action against Yemen is an excellent first step," said Annelle Sheline, Middle East research fellow at the Quincy Institute for Responsible Statecraft.

"But the devil is in the details - it remains to be seen what 'offensive action' means in practice.

"Who will determine if an action is offensive, the US or Saudi Arabia? And how will it be defined? The Saudis, for instance, argue that their entire war efforts are defensive," she said.

"Ending America's support for the war and ending the war are two different things.

"To truly end the war, we need diplomacy, and for that, we need to be able to talk to the Iranians again," she added.