The Taoiseach Micheál Martin has tested negative for Covid-19 following an announcement today that he was limiting his movements after French President Emmanuel Macron tested positive for Covid-19.

Earlier, a spokesman for the Taoiseach said he would get tested for Covid-19 and limit his contacts as a precaution.

The Taoiseach's engagements were postponed pending the outcome of the test.

News of Micheál Martin limiting his movements was first reported in the Irish Times.

Earlier today, Mr Macron's office confirmed that the French president had tested positive for Covid-19, adding he had been tested after the "onset of the first symptoms".

President Macron will now, in accordance with national regulations, "self-isolate for seven days. He will continue to work and carry out his activities remotely," it said.

Mr Macron's office said his wife Brigitte Macron has tested negative for the virus and the office is currently in the process of identifying those he may have been in contact with to inform them of the situation.

A spokesman said Mr Michel had tested negative on Tuesday after returning from Paris. "However as a matter of precaution the president will go into self-isolation," he tweeted.

The office of Spanish Prime Minister Pedro Sanchez said he had suspended all public activities following the French president's diagnosis. He will quarantine until 24 December.

Wearing masks, the two leaders posed for photos prior to a meeting marking the 60th anniversary of the creation of the Organisation for Economic Co-operation and Development.

Portugal's Prime Minister Antonio Costa has cancelled official trips and is in self-isolation, his office said, less than 24 hours after he met the French president.

German officials said Angela Merkel wore a mask at the Brussels summit and complied with Covid-19 rules. The German government said Ms Merkel had tested negative for coronavirus after the gathering.

Mr Castex shows no symptoms but will no longer be going to the French Senate today to outline his government's vaccine strategy to combat Covid-19, his office said in a statement.

Earlier, Mr Macron's office said in a statement: "The President of the Republic has been diagnosed positive for Covid-19 today.

"This diagnosis was made following an PCR test performed at the onset of the first symptoms."

His office said it was not known at this stage as to how President Macron contracted Covid-19. He is "still in charge" of running the country, the French presidency said.

Mr Macron will continue to work and carry out his duties remotely. "All meetings will be held via video conference."

He has cancelled all trips, including a forthcoming visit to Lebanon.

The French president had attended a European Council heads of state meeting from 10 to 11 December.

He is one of several heads of state and government around the world who have contracted Covid-19, including British Prime Minister Boris Johnson and US President Donald Trump.

France earlier this week eased restrictions imposed to battle the second wave of the coronavirus but infection rates remain high.

There is still a nationwide overnight curfew from 8pm to halt the spread of the virus, while restaurants and cafes as well as theatres and cinemas remain closed.

Over 59,300 people with coronavirus have died in France since the start of the pandemic, according to official figures.

The recording of over 17,000 new cases yesterday alone has also generated concern as people shop and travel more intensely ahead of the Christmas holidays.

Like other EU states, France is pinning its hopes on a vaccine to quell the virus and Prime Minister Castex said yesterday the country will receive around 1.16 million Covid-19 vaccine doses by year end.

Meanwhile, EU countries will begin inoculating people against Covid-19 from 27 December, the head of the EU Commission has said.

"On 27, 28 and 29 December vaccination will start across the EU," Ursula von der Leyen wrote on Twitter. 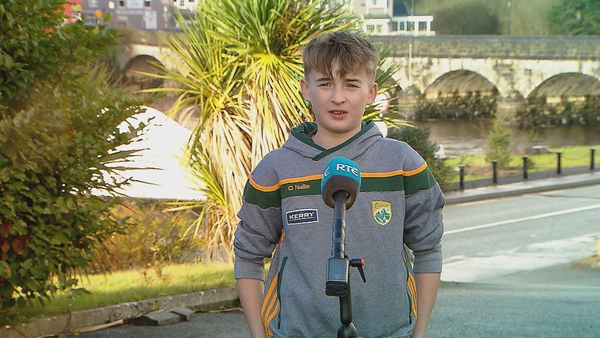