Germany has warned that its anti-coronavirus measures were likely to last four or five more months, as Greece announced a new ban on gatherings and Mexico surpassed one million infections.

"We will have to live with considerable precautions and restrictions for at least the next four to five months," Economy Minister Peter Altmaier told the Bild an Sonntag newspaper.

His comments came ahead of a government meeting on Monday to decide whether to extend the new measures, which are provisionally in place until the end of November.

The number of Covid-19 patients in intensive care has soared from just over 360 in early October to more than 3,300, as the country battles a second coronavirus wave along with the rest of Europe.

Demonstrations against the restrictions were held on Saturday across Germany, including one in Frankfurt where police used water cannon. 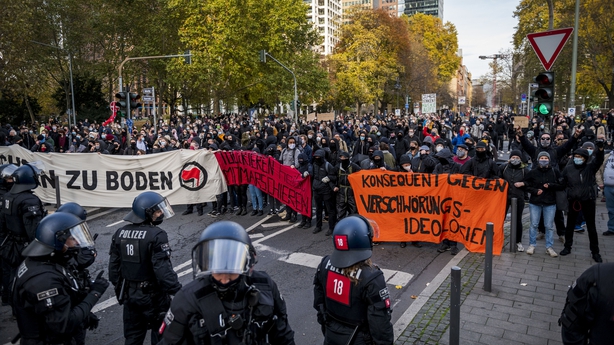 Meanwhile in Greece, police announced a ban on public gatherings of four or more people, announcing that events and marches set to commemorate a 1973 student uprising would not take place this year.

The anniversary of the revolt against a military junta, considered to have helped restore democracy in the country, is treasured by many Greeks.

Last year it was marked with demonstrations by more than 30,000 people in Athens and other major cities.

But opposition parties have pledged to proceed with events this year despite the new restrictions.

Greece had yesterday said it would shut primary schools, kindergartens and daycare centres as its number of Covid-19 deaths crossed a thousand.

Doctor badly injured trying to save patients in Romanian hospital

In Romania, 10 patients being treated for coronavirus were killed and others were in critical condition after a fire broke out in an intensive care unit in the country's northeast late yesterday.

The doctor on duty, who tried to help the victims, suffered second and third degree burns to 80% of his body, the rescue service said.

The cause of the blaze was unclear, the health ministry suggesting the fire could have been caused by an electrical short circuit. 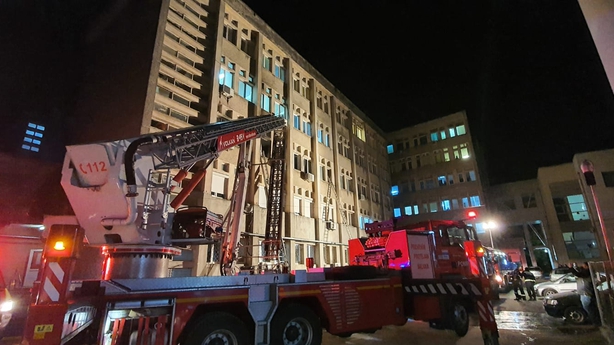 "I express my respect for the heroic doctor who showed particular courage and spirit of sacrifice," Prime Minister Ludovic Orban said.

Health workers were also hailed in the United Arab Emirates, which granted a 10-year visa to all doctors and infectious disease experts living in the country and fighting the pandemic.

Mexico's neighbour, the United States, is the worst-hit country with more than 245,000 deaths from over 10.9 million cases.

But President Donald Trump has repeatedly downplayed the threat of the pandemic, and few of the at least 10,000 of his supporters wore masks during a weekend demonstration in Washington. Brazil's President Jair Bolsonaro has also downplayed the virus, despite his country having the second-highest death toll of more than 165,000.

A survey showed that 27% of Brazilians feared voting in Sunday's municipal elections because of Covid-19.